A Tale of Two (or more) Kitties

Here it is, the potentially dreaded post about my cats. I promise I'm not a crazy cat lady, but here are the stories behind our kitties.

Aaron and I both grew up with dogs, but I've always wanted a cat. When we moved from an apartment to our own house we knew we'd get a pet, and our lifestyle lent itself more toward felines than canines. In 1996  friends of my parents had a cat who had kittens, so we chose two and when they were old enough, my dad brought them to us.

The black kitten was a boy and the tortoiseshell/calico kitten a girl. A year earlier when we were watching March Madness, Memphis had a player named Mingo Johnson. I declared right then that once we got a pet I wanted to name it Mingo. So immediately we named the boy Mingo. The girl's name took a little longer. I told Aaron that he could do the naming. He wanted to use Cousin Eddie. I wouldn't let him do it, especially to a girl cat. His sister Cynthia came over to visit and she and I narrowed it down for him. Aaron's a big baseball fan so we came up with Shea or Wrigley; he chose Wrigley. 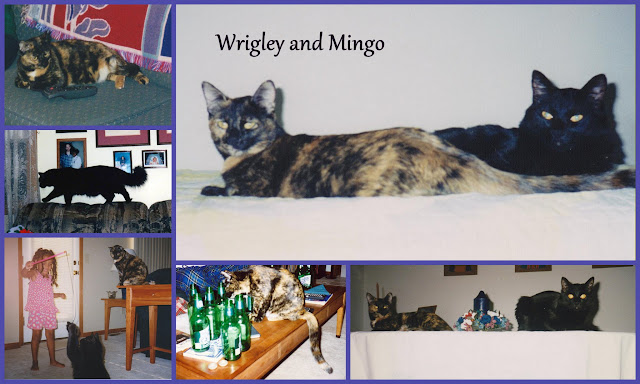 These two shared our lives through two moves. They were our kids. Wrigley eventually became diabetic and after several hospital visits (the animal hospital even said they'd need to name a wing after us) and many months of insulin shots and every-other-day IV treatments, she couldn't take any more and we had to let her go when she was nearly 13 years old. That was the hardest thing to do.

We waited a year before getting another cat. Mingo actually enjoyed being the king of the house, and Wrigley had been so sick that we wanted to focus some attention on him. Then one day Aaron was at the home of a customer who had rescued an eight month old cat and wanted to find her a home. He texted me a picture and said "ours?" I met her a couple days later and we brought her home and named her Bella. She's a total princess, our beauty queen. Seriously, she lays there and looks at you with her head cocked as if to say "aren't I pretty?" She's also a total daddy's girl. 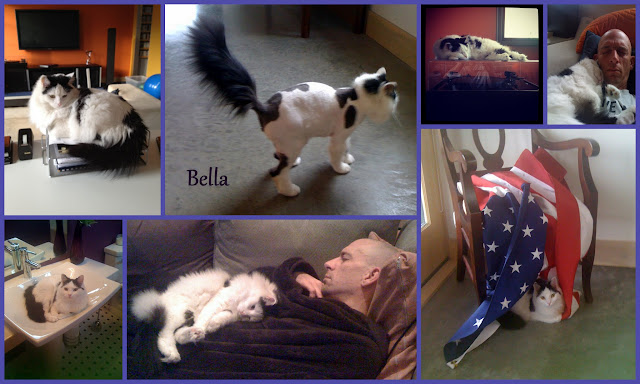 A few months later we arrived home after a night on the town with neighbors and found a female cat and her kitten hanging out in our bushes. Dru and Jeannie ended up taking the mom (they named her Juno after finding out she was only about nine months old, and thus a teen mom). They had the kitten staying with them for a bit until Juno got spayed; then they had to be separated while she recovered. The kitten came to stay with us. Dru had been calling the kitten (a female) Captain Ridiculous because a) she was ridiculously cute and b) she looked like a little superhero when she jumped around. We then shortened that to The Captain. But Mingo still wasn't too thrilled that we had brought Bella into our lives, and The Captain about put him over the edge. We found a new home for The Captain, although Dru is still bitter that her new family renamed her Sandy. 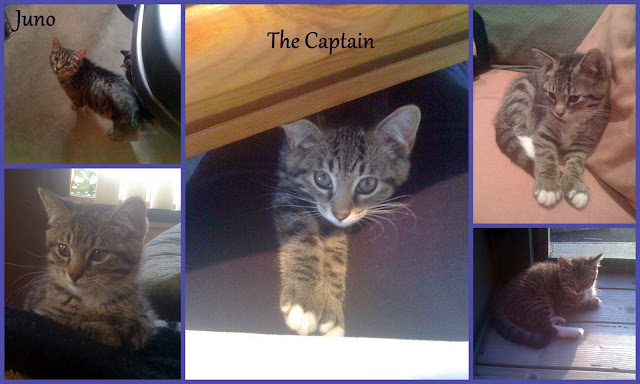 A year ago, Aaron and I returned from a long weekend visiting friends in Atlanta. We got home and Aaron found Mingo in our closet. He almost made it to his 16th birthday. This was a huge blow to me. He was my shadow, he slept next to me every single night. Oh, and did I mention that my dad had died just three months earlier and my aunt unexpectedly died a month earlier? Tough times.

This time we only waited two weeks. Bella was clearly lonely and needed a playmate. My mom's friend Erin rescues cats and dogs to the point which strays just show up on her porch. She had a couple potential cats for us, both male, one white and one black. At first we didn't want to consider the black one because he'd remind us of Mingo, but once we met him, Aaron said "I want the black one." He was just six months old. We struggled with a name for him until a friend said "you could just call him Gato" (Spanish for 'cat' in case you're not bilingual). I immediately jumped on the idea of Gato Negro, which is also my favorite cheap wine, and the first time our friend Amy met him she started calling him Señor Gato, so his full name is Señor Gato Negro. He and Bella get along just like siblings should; they fight and play and sometimes groom each other. And as Aaron says "Gato's all about the party." He's still a kitten in a lot of ways. 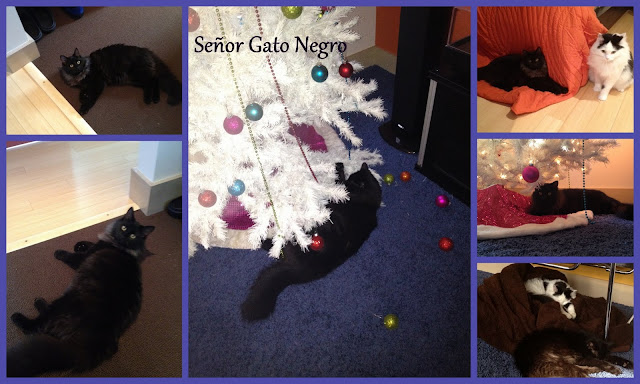 Last fall Dru and Jeannie had a cat hanging out on their front porch who just wouldn't leave. The no-kill shelters were all full, so they decided to get the cat fixed and tested to make it more adoptable. They sort of assumed it was a boy and had been calling him Mr. Handsome. Then the clinic called and said that Mr. is really a Mrs. She also had a BB in her leg, although it doesn't bother her. The estimate that she's about three years old. After her surgery she needed to stay inside for a night or two so she lived in our garage (we're one of the few houses in our 'hood that has a garage). We were unsuccessful in finding a home for her and she was so sweet that we couldn't let her go back to the streets, so we introduced her to our household and now she's part of the family. We renamed her Clover (but Dru still calls her Mr. Handsome), and oh, how I wish she could tell us about her past. Bella wasn't too sure about her but now she's at least civil, and Gato plays with her and she in turn likes to lay near him on the couch. 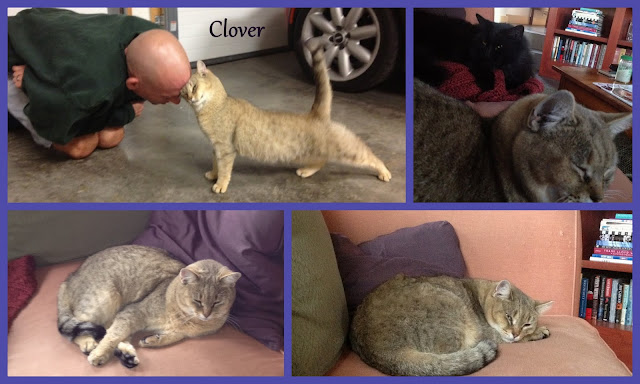 And here are all three of our current "kids." It's rare that we manage to get a picture with all of them in there. 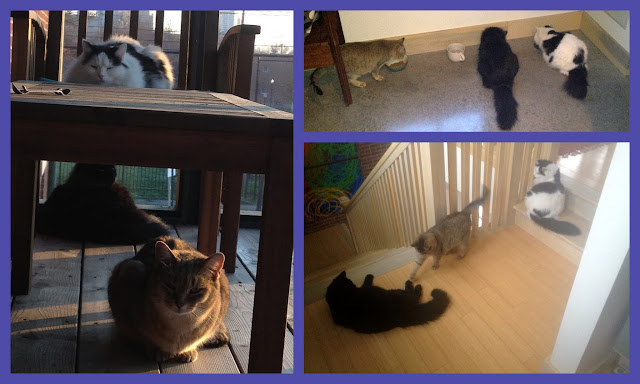