There is nothing quite like the first sign of spring in Columbus (and I'm sure in any northern locale). Last weekend we had that, and it was glorious. But first...

Friday we went out to dinner with friends to Till, which opened in 2012 to great reviews. Every bit of food we had was stellar; even my spinach salad was probably one of the best salads I've ever eaten. But the deliciousness was overshadowed by the wait we had. While I'm fine with a long meal that's well-paced, this was excessive. We watched other tables come and go and our server assured us that our meals were coming, until we finally learned that our order had been lost. They offered us a bottle of sparkling wine, which we refused because by this time we'd had quite enough to drink, then they brought us dessert, which we also didn't really want but I will say that the housemade gelato was spectacular (particularly the Mexican chocolate). Still, there are far too many quality restaurants in the city and we likely won't go back.

UPDATE: One of the owners who was not at the restaurant that night called to apologize and sent a gift certificate (enough for a nice dinner for two) so we will give them another chance at some point.

Saturday I had a leisurely morning, then I walked to the salon for a cut and color, and walked through Goodale Park to go to CVS. People were out with their kids and their dogs, throwing frisbees and even playing tennis. 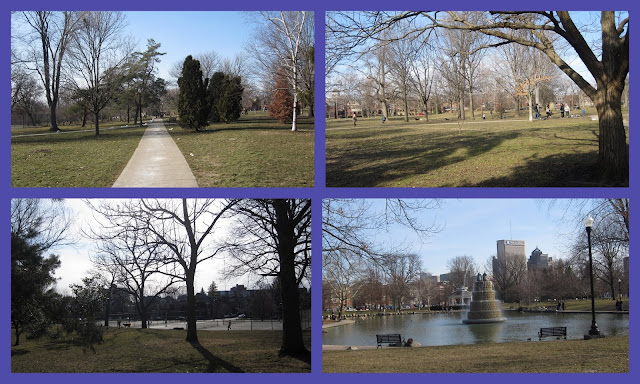 I stopped at United Dairy Farmers on my way home to pick up some half & half. Our UDF blares classical music outside to deter loiterers.


We sat on the porch and some neighbors joined us. 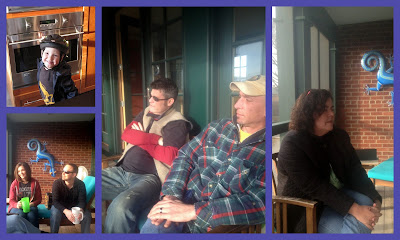 Aaron whipped up dinner and we headed to the Local Bar to celebrate neighbors John and Theresa's March birthdays and to celebrate the life of Theresa's dad who died last week. I took some pictures at the bar but they're all terrible. Let's just say I was overserved, which led to...

Sunday, in which we had to get to church but not before we went to McDonald's for some greasy food and that nectar of the gods which cures the hangover: the fountain Coke. We went to Katzinger's for lunch. Sunday turned into a gorgeous day, but we were stuck inside at a three hour symphony chorus rehearsal. But that's OK, because even when we were sprung from that, there was plenty of daylight and sunshine so we walked to Jeni's Ice Cream for "dinner," and then hit the porch again with Colin & Amy until dark.

What kind of shenanigans were on your plate last weekend?