Linking up with my girls Steph and Jana for Show Us Your Books - Best of 2016! 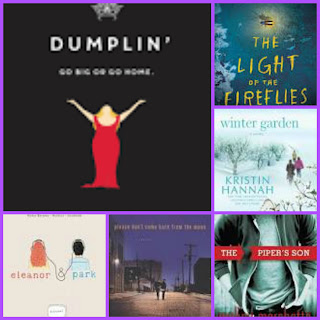 These are in no particular order and not all of them came out in 2016; I just read them in 2016. The links will take you to the blog posts in which I wrote about the books.

I can't wait to read some of your favorites from the year so I can add to my ever-growing pile of books to read! 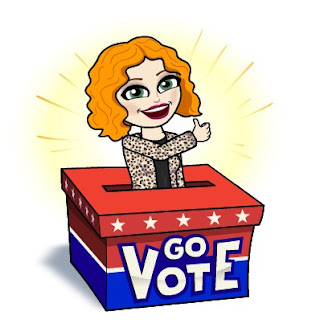 It's the best day of the month for book lovers!

I took a summer vacation from posting about books, but I have several to talk about today and they run the gamut from awesome to meh.

I'm participating in Erin's book challenge (details here) and maybe this time I'll finish it, but halfway through I've only finished two of my chosen books. Happily, they both made it to my five-star list.


Eleanor & Park by Rainbow Rowell - I'm late to the party on this one, my first Rainbow Rowell book. A lot of friends seem up and down on Rowell, but most agree that this is a great one. I adored this book. I truly ached for these characters, possibly because it takes place in 1986, which is not so far from when I was their age. I loved that we got both of their viewpoints; it made me realize that teenage boys have feelings too. This took me back to my own awkward years, and not in a bad way.


Dumplin' by Julie Murphy - Part of me wishes every teenage girl who feels like an outcast should read this book; the other part of me thinks it's more appreciated as an adult. Either way, I really loved the way the story was told. I thought it was beautifully written, yet easily read. I want a movie if only for the drag queen scenes.


Let's Pretend This Never Happened by Jenny Lawson - If you've never read Jenny's blog, The Bloggess, do yourself a favor and at least read this post about Beyonce the giant metal chicken. I've had this, her first book, on my list for a long time and I finally read it (actually listened to it) because I received her second book, Furiously Happy, as a gift. I really enjoyed the audiobook. Her voice was not what I expected, but now I can read the next book with her voice in my head (I wasn't a fan of her sing-songy introduction to each chapter but that's a small annoyance). She has hilarious stories, but also some very serious ones. I liked the balance.


Jason Priestley: A Memoir by Jason Priestley - Don't judge me! I was strolling through the biography section of the library and for some reason this jumped out at me. Of course I watched 90210, but I also watched Sister Kate and Tru Calling, so I was intrigued. This was a quick read; the chapters are short and cleverly titled with the location and zip code of where the chapter takes place (Chicago 60601). There are some interesting stories, but none are fully fleshed out. One that sticks out - Jason was at a party and was excited to see Andrea Corr, of the singing group The Corrs, because they had met previously and he thought they had a connection, but at the party she treated him with disdain. His response "wonder what I did to deserve that." And I kept waiting for something more, but no. That was it. Still, it was kind of fun to revisit the 90s.


Modern Lovers by Emma Straub - I read this for my IRL book club but then couldn't make the meetup. This was OK for me. I didn't love it, didn't hate it. I sort of felt like this was a sequel, yet it wasn't. It seemed like a lot of backstory was missing, but it wasn't hateful. How's that for a rousing recommendation?

I'm getting better at giving up on books that just don't do it for me. These next two fall in that category, but they might work for me later.

The Girls by Emma Cline - This was also for my book club. I got it from Audible because the wait list at the library was too long, and while I'm not generally a returnER, I actually returned this to Audible. I could not get into it.

The Last Woman Standing by Thelma Adams - I got this as part of Amazon's Kindle First program and I was excited to read something before its publication date (I haven't yet gotten into NetGalley). This is historical fiction about Josephine Marcus, who married Wyatt Earp. The book started out strong, with an elderly Josephine reminiscing about her time in Tombstone in a feisty old lady voice. Then we go back to her youth and I got bored. I may pick this up again sometime, but it didn't hold my interest.


What's on your bookshelf these days?