Recipe for Joy - A Book Recommendation

In 1996 I was helping with auditions for the Columbus Symphony Chorus. One of the sopranos who auditioned was Grace Heigel. I still remember what she sang ("Habanera" from Carmen), which is pretty remarkable because I'm not entirely sure I remember what I sang for MY audition. Grace joined the chorus and being an alto, I might never have gotten to know her except that my sister-in-law Cynthia also joined the chorus in the soprano section. She and Grace often sat next to each other and so a chorus friendship began.

One of my favorite memories involving Grace was during a symphony concert in which the chorus sang at the beginning and at the end, so we had a bunch of time to kill in between. The Ohio Theatre was connected at the time to the City Center, a downtown mall. Aaron decided he needed a waffle iron, so he and I and Cynthia and Grace wandered to Williams-Sonoma and Aaron got his waffle iron. It's so random and seemingly insignificant but also a fun time.

In 1997 Grace was diagnosed with breast cancer. She had a mastectomy, underwent chemo and kept singing with us. For a while she was cancer-free. But then the cancer came back with a vengeance, and Grace died in 2001. She was 35 years old, and left behind her husband Ken, a young son and even younger twin girls.

Over the years I would hear updates about Grace's family from my friends Steve and Dwayne, who are also members of the chorus. Steve knew Grace; Dwayne didn't join until later. BUT Dwayne's friend Robin Davis started dating Ken and later married him. Aaron and I met Ken and Robin in passing a few times, and last December after a Holiday Pops concert, we enjoyed drinks and dessert with them. 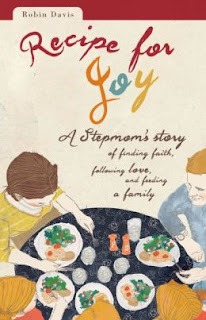 Robin wrote a book titled Recipe for Joy: A Stepmom's Story of Finding Faith, Following Love, and Feeding a Family. I've known about the book for months and I've been awaiting the April 1 publication date to get my copy, but it's already available through Amazon and Barnes & Noble and probably anywhere else you might buy a book. I got mine last week and finished it over the weekend.

Robin grew up in Dayton, Ohio, but moved to San Francisco and was really "living the life" as a restaurant critic for many years. She vowed that she'd never move back to Ohio, she'd never get married, and she'd never join an organized religion. This book is the story of how she did all three of those things, and she sets up the book like a sumptuous meal. Each chapter is a different course: The Toast, The Soup, The Dessert, and so on, and at the end of each chapter is a recipe (bonus!).

Admittedly, I feel a personal connection to the book, however small it may be, but I can't recommend it enough. I cried many times, both happy and sad tears. I think it's a beautiful -- and at times emotionally raw -- account of how a family suffered a devastating loss, a woman on the other side of the country felt lost, then they came together as a new family. 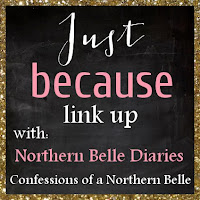