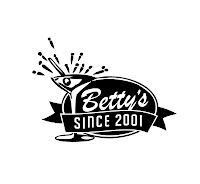 Betty's Fine Food & Spirits was the first restaurant in the Columbus Food League empire (formerly Betty's Family of Restaurants). Founded by Elizabeth Lessner in 2001, Betty's is a popular spot in the Short North. It's a long, skinny space whose walls are covered with 1940's pinup art. Cocktails have fun names like the Betty Ford Clinic Special (vodka & pink lemonade) and She's My Cherry Pie (whipped cream vodka, cherry pie cordial & 7-up), there's an extensive beer selection, and the cuisine is comfort food with a twist.


We stopped by Betty's on a Sunday evening after going to the movies (we saw Zero Dark Thirty). Aaron ordered one of his usuals, a PBR, and I had a Beach Betty Bingo (Absolut mango vodka, peach schnapps, cranberry and OJ) in an effort to forget that it was winter in Columbus. 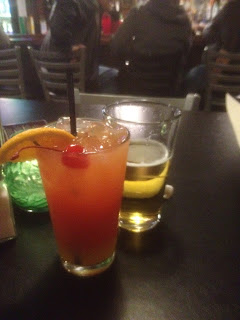 For dinner, I had the Veggie Burrito which is stuffed with the delicious black bean hummus and Aaron had the Beer Brats, with garlic redskin mashed potatoes and sauerkraut. These are two tried and true favorites of ours, and they didn't disappoint. 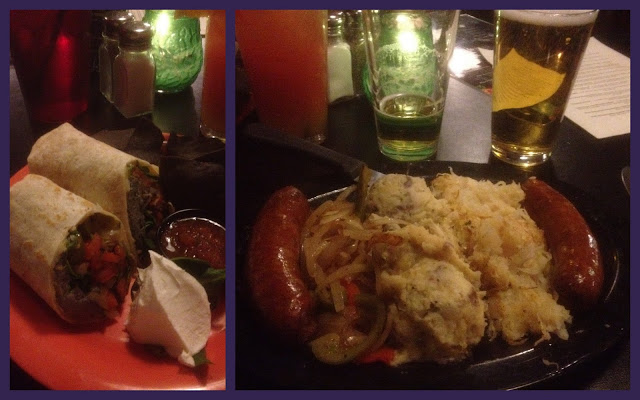 Lessner is passionate about the community and the environment. She set a goal for her restaurants to be zero-waste. She teamed up with a company called Eartha Limited, which helps the food service industry with recycling not just bottles and can, but even used oil which is processed into biodiesel fuel

The Columbus Food League currently consists of five restaurants, and I'm happy to say that later in our odyssey we'll hit another one, The Surly Girl. You won't want to miss it.