I'm not Irish and I don't make a big deal of St. Patrick's Day, but it happens to be our niece Julia's birthday, which is super cool. She turned eight this year. We sent her a bracelet (made by Debbie Rae Designs) and a gift card to Justice. She insisted on going shopping immediately and the picture below is what she chose. 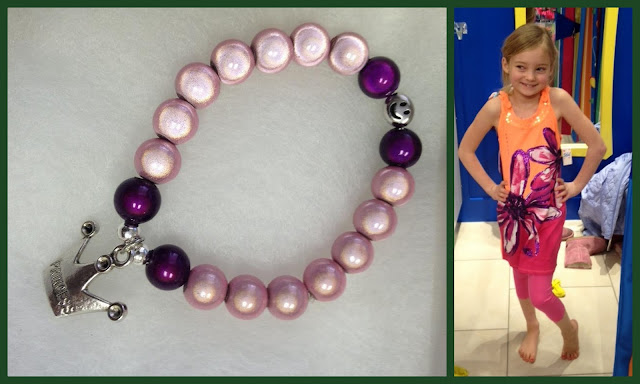 Other things that went on over the weekend:

Friday was pretty low key. We ordered a pizza and watched some TV and both fell asleep before 10, although then I woke up at 1:00 and watched Back to the Future on TV. 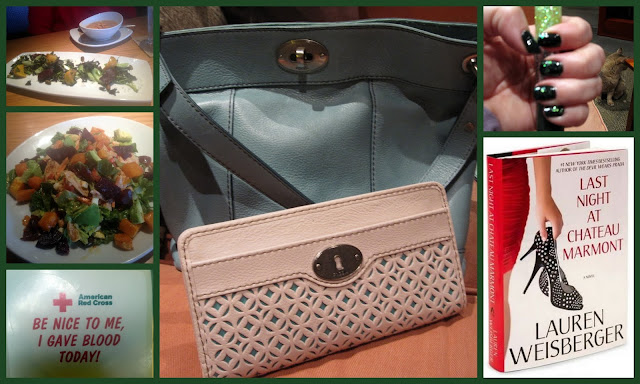 I donated blood, then met my mom for lunch at California Pizza Kitchen (though neither of us had pizza; Mom had a roasted beet & goat cheese salad with tortilla soup and I had the Moroccan chicken salad), I splurged and used a gift card and got a new bag and wallet at Fossil (the picture doesn't do the color justice - it's very springy!), I also picked up a book on the $5 table at Barnes & Noble, and I painted my nails (Revlon Nail Art Moon Candy in Meteor).

A few friends came over to watch the OSU/MSU basketball game, then some of those friends and Aaron went to the Bluejackets hockey game and I met up with some neighbors at Seventh Son, a bar that's a mere two blocks from home.

Sunday we did the church thing and had a short rehearsal afterward, then rushed home and went to World of Beer where Aaron and Colin ran the Shamrock 10K (Amy and I hung out at the bar during the race).

The four of us then went home to watch the Big Ten championship game and Selection Sunday, then to Jennifer and Jason's for a potluck St. Patrick's dinner. 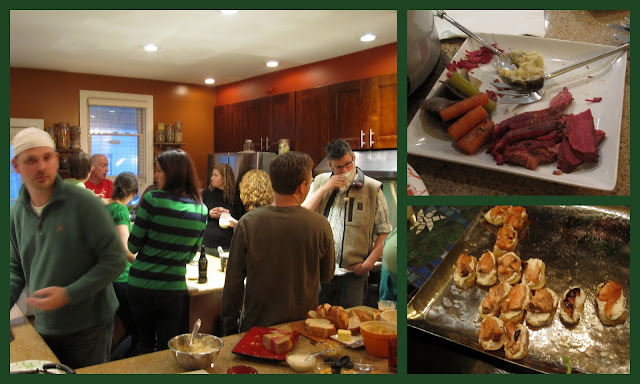 A busy and fun weekend. I didn't even get a nap, which is unheard of in my world.

Hope you all had a fantastic weekend! 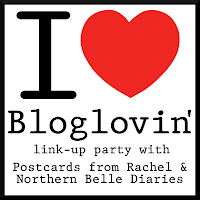