Why Is Cancer Still a Thing?

Seven years ago today, I underwent a double mastectomy and reconstruction. I've been cancer free ever since. These are the days when Facebook Memories are really nice to read. I had SO much love and support. I had adopted animal print as my own personal cancer color because I have an aversion to pink, and the number of people who took selfies while wearing animal print was and is overwhelming. 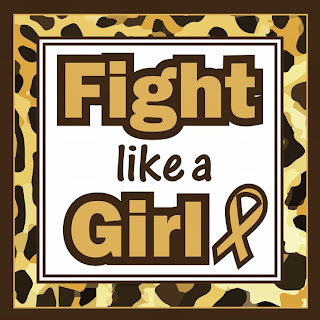 This year I have been overwhelmed in a different way because of the number of people I love who are either going through cancer, or who have people they love going through cancer. A friend told me that her mother-in-law had been diagnosed with lymphoma, which prompted me to say "why is cancer still a thing?"
A college friend had surgery this week due to breast cancer. She confided in me early on and let me know that she had gone back and read my blog posts about my own experience. (Never underestimate the effect you might have on someone just by telling your story.)
My sister-in-law recently had the same surgery that I did. I'm thrilled to say that she is also cancer free and will not need chemo or radiation. Aaron is riding the Pan Ohio Hope Ride in July for the 7th time, but this time it's in honor of his sister.
Just this week, I found out that the daughter of one of my childhood friends was diagnosed with breast cancer. She's 29. TWENTY-NINE.
And while not a human case, our cat Clover died a couple months ago after surgery in which it was discovered that she had not one, but two different kinds of cancer. Seriously?

I guess I don't really have a point to this post, except to celebrate my own survivor status, rant about the fact that cancer IS still a thing, and send out good juju to all those going through their own battles. I see you, and I'm with you.

Back in ye olde days (like, April) when quarantine was a cute little idea and we had no concept of just how long we would go without human contact other than Zoom meetings I, along with millions of others, hopped on the sourdough starter train. I had mixed results and gave up for awhile, but recently got back into it. Again, mixed results.
In the meantime, I decided I wanted to make cinnamon rolls. I used this recipe and I used maple extract in the frosting. OMG, these were delicious and I'll definitely make them again.

On the non-food front, if you follow me on Instagram you may have seen that I'm now a consultant (or Beauty Guide) for LimeLife, which is a skincare and makeup company. I'm pretty excited about this, as I've used the products for a few years and I absolutely love them. You may wonder "why the hell would you get started in this during a pandemic?" Well, I'll tell you. A couple weeks ago I was organizing the bathroom drawer (yet another coronavirus cliche) and was forced to come face to face with all the products I have. And I decided that I don't need a reason to put on makeup. Because dammit, it makes me feel good. And if I'm being completely honest, my skincare routine had taken a nosedive and I find that I'm much more diligent about washing my face at night if I have makeup that needs to be removed. Hey, whatever works. So, if you're looking for new skincare or a mascara or a lipstick or all of the above, let me know! You can check it out here and feel free to reach out to me with any questions. 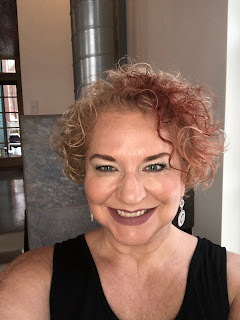 Hello, friends! It's been a minute (or several months). Linking up today with Steph and Jana to chat about some books I've read recently. I know a lot of people have said that since the pandemic began, they haven't read as much. I actually read more, although it's not always super consistent.

The Invisible Life of Addie LaRue by V.E. Schwab - I read this in December for book club, but I wanted to mention it because I really loved this book, and gave it 5 stars on Goodreads. I read it not long after reading Life After Life by Kate Atkinson, and was struck by some similarities (so I was pleased when Life After Life was actually named in this book).
The Midnight Library by Matt Haig - This was my book club's January read, and while reading it I realized that we have a "type." We read a lot of books that involve living other lives or immortality or going through portals. Books we've read that fall into this category: The Invisible Life of Addie LaRue, Recursion, Dark Matter, The 7 1/2 Deaths of Evelyn Hardcastle, Exit West. Some of them work better than others. We didn't love this one, but if it's adapted into a movie or miniseries, I'd watch it. I gave it 3 stars. Also read for Erin's book challenge as my Freebie.
The Fallout by Rebecca Thornton - I pretty much hate read the second half of this book. I felt like it was trying to be a Liane Moriarty but couldn't get there. And I don't generally mind unlikeable characters, but I just got so annoyed by these women and didn't care what happened to them. 2 stars Read for Erin's challenge for the prompt "read a book with a pink or green cover."
It's Always the Husband by Michele Campbell - I often enjoy books about college friends that go back and forth between college days and adult times, but I didn't love this. My biggest gripe is WHY Jenny and Aubrey were still friends with Kate. I gave it 3 stars but mostly because I didn't dislike it as much as The Fallout. Read for Erin's challenge for the prompt "read a book with a male relationship word in the title."
So, not a stellar month for me but I'm sure I'll find plenty of ideas at the linkup.
Currently reading The Brilliant Life of Eudora Honeysett for book club.
Happy Reading!