If my friend Steph is hosting a linkup, I'm in (unless it's about cleaning and organizing...or recipes). But today is all about favorite things of 2013. And -- how convenient! -- Helene is doing a linkup of best songs of 2013 so I can kill two birds with one stone.

Television
(These are only new or new-to-me shows.)

Movies
(I haven't seen many movies lately; I usually wait until January to do a lot of that.)

Books
(This is pathetic. I was a bad book reader this year, and it's funny that two of the three are non-fiction, which I rarely read. I'm not a resolution makER but I think I'll have to resolve to read more.)

Music
(Again, some of these aren't new to 2013, but that's when I became obsessed with them.) 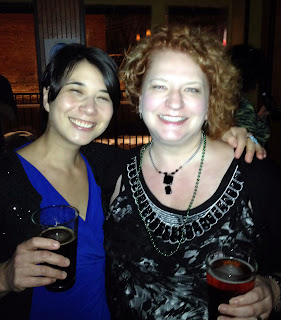 A lot of people close to me had some shitty things happen this year, so I'm grateful to look at the positives of 2013. I hope you all had some favorite things during the year. Happy Gwensday!