Ah, the procrastination monster is hot on my heels. Seriously, Christmas is next week? (Ooo, but it is on a Gwensday so there's that.)

Our weekend was fun and busy. We had our church Christmas concert Sunday. If you're interested, you can watch it here. (And if you go to 24:15 in Part One and watch for about 3 minutes, you can see/hear me sing solo.)

Friday night we went to Bob's Bar where the Columbus Brewing Company (you know, my employer) had a tap takeover Christmas party. One of the beers was a super dark stout called Steel Dawn. Aaron calls it "The Stopper." 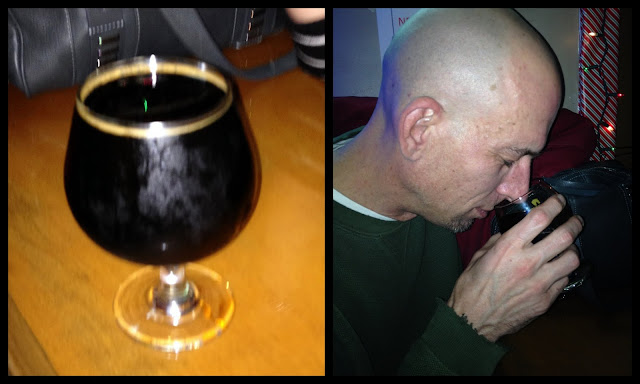 I still have some house decorating to do. We do have the trees up, which the cats are trying their hardest to dismantle. But then they look so damn cute. I really do think Bella poses; she's such a diva. Wonder where she gets that? 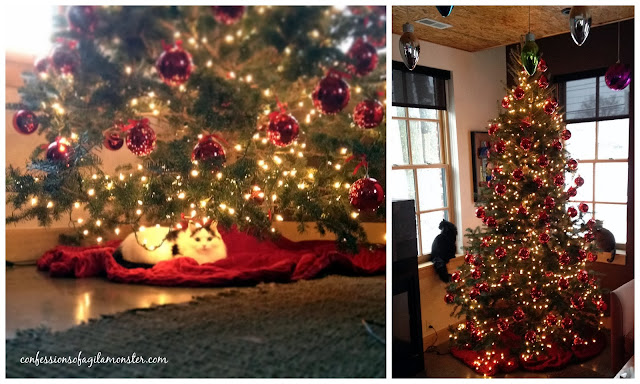 Are y'all watching The Voice? Tonight they announce the winner. I'm OK with either Jacquie or Tessanne (I don't think Will has a chance). I'm guessing that Tessanne will win; she's #1 on iTunes again this week.

How about The Sing Off? I was bummed last week when Street Corner Renaissance went home so early. These dudes are way older than the rest of the groups and they did a One Direction song the first week. And they rocked it! Regardless, I really like this show because I love a capella music and because the judges are awesome. They give real, constructive criticism.

OK, I must sign off now and get some shit done, but I knew I had to post today to link up with my girl Marla, who's co-hosting Tell All Tuesdays this week! I'll be back tomorrow with some of my favorite things of 2013.