A Bunch of Thursday Randomness

Let's talk snow. Yes, it's winter. Yes, it snows in winter. But we rarely get THAT much snow at one time here in Columbus. The official snowfall for Tuesday night/Gwensday morning was 10.7 inches. We didn't have quite that much in the city but it was more than six inches for sure and on top of that we got freezing rain. Aaron shoveled for two hours before caving and borrowing a friend's snowblower.

Here's the thing, don't be a damn hero. If you don't have to go anywhere, stay home. Simple as that. I'm telling you, the roads are shitastic and while I'm missing my 4WD vehicle right about now, even that doesn't guarantee you won't go slip sliding away. And I get it, the schools have been closed a lot this winter and that's a bitch for parents who have to scramble to find childcare for the younger kids, but I think it's hilarious when parents who have no problem taking their kids out of school for a vacation complain that snow days are hindering their children's education.


Do you watch The Biggest Loser? I don't, but I've seen a lot about the controversy surrounding the latest winner and "did she go too far?" I'll admit that she looks quite thin and apparently her BMI is slightly below "healthy," but I have two problems here. 1) I wonder if people would be as up in arms had it been a man in the same set of facts. 2) People, please. There is nothing healthy about the format of this show. I saw a tweet from someone who said she watched the finale with her teenage daughters and she was disgusted. Sorry, but why are you watching with your teenage daughters at all? This extreme weight loss is unrealistic and can be dangerous, whether or not the winner appears "emaciated."


I didn't manage to post yesterday but I do have Tuesday's karaoke playlist. We had a great time watching the snow and even Aaron sang. 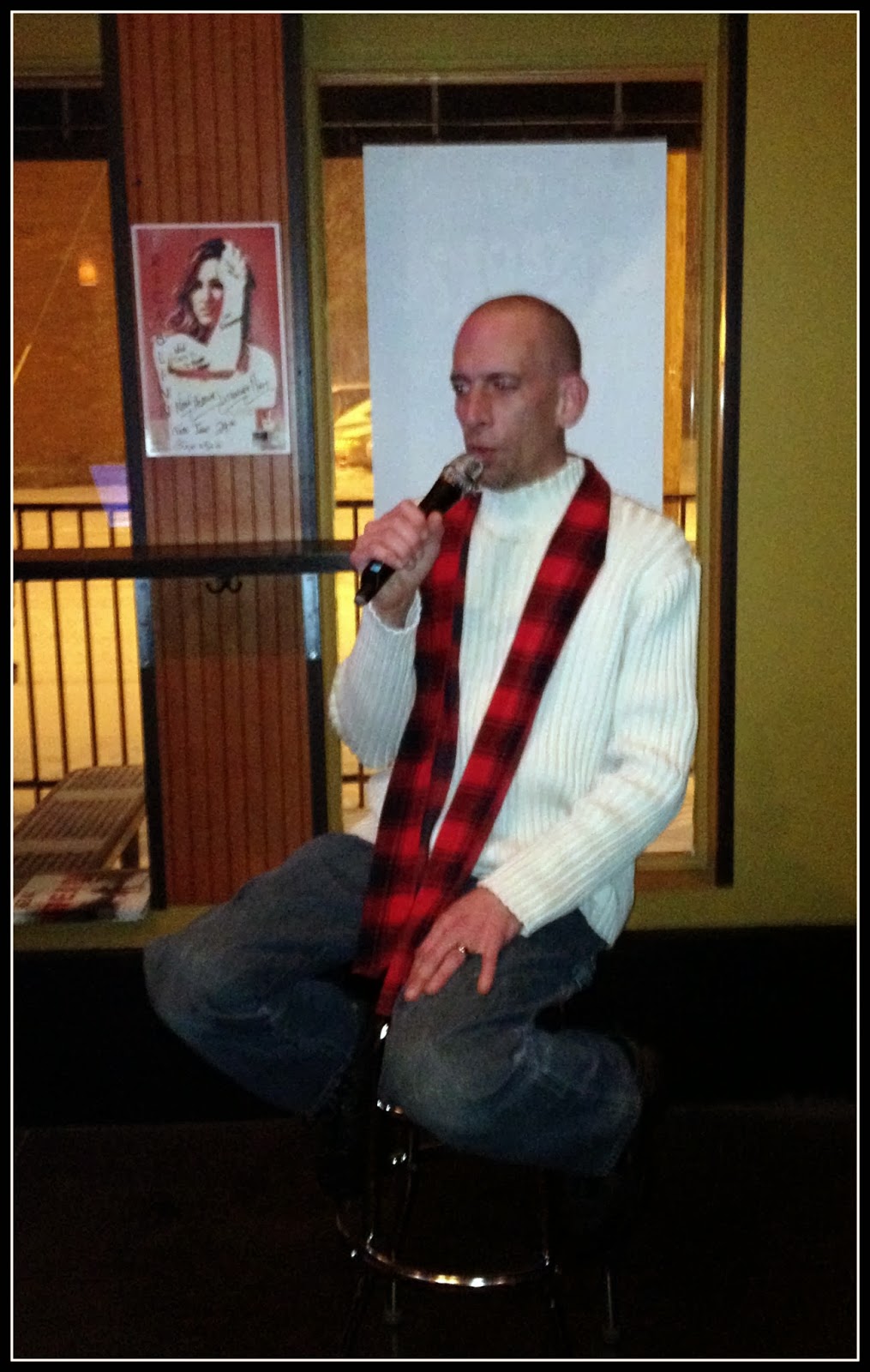 In that picture he's singing Harry Connick, Jr.'s "Where or When." He also sang Van Halen's "Ice Cream Man" and Snoop Dogg's "Gin and Juice." Here's mine: