If you're new around these parts, this post is part of a series called Restaurant Odyssey, in which Aaron and I visit every restaurant in the Short North area of Columbus. Today we're talking about the Pint House, which opened last April. Our visit took place in early June with several of our neighbors.

I'll just get this out of the way. Aaron and I both wanted to hate the Pint House. It was opened by a group which, at the time, also owned several bars in the Arena District that... let's just say they're not bars we frequent on even a semi-regular basis. But we were pleasantly surprised by our experience.

The Pint House is located in a space that most recently was a clothing store and before that it was a futon store(!). The inside is pretty huge and while it doesn't have a patio, it does have a roof that opens up when the weather allows, and the large windows street-side open up, so if you're lucky enough to get a table by the window you'll be treated to some fun people watching. That's all in the front section; the back section is darker with large picnic table-like seating.

We arrived late afternoon on a Saturday and all the prime seating was taken so we sat in the back area and ordered beers from their large selection. They also offer wine and liquor, of course. It didn't take too long for a table to open up under the open roof so we ended up moving. (I have to mention that I was outvoted on this; I always feel bad for the server if we're moving to a different section.) BUT I must admit that if you can get a seat in the front on a beautiful day it's worth it.

The menu then was more limited than it is now but we ordered a couple pizzas, the pretzel appetizer and fish & chips. One of Aaron's favorite expressions is the food is "better than it should be." It's bar food, sure, but it's good bar food. And it's served on wooden planks which is just kinda cool. 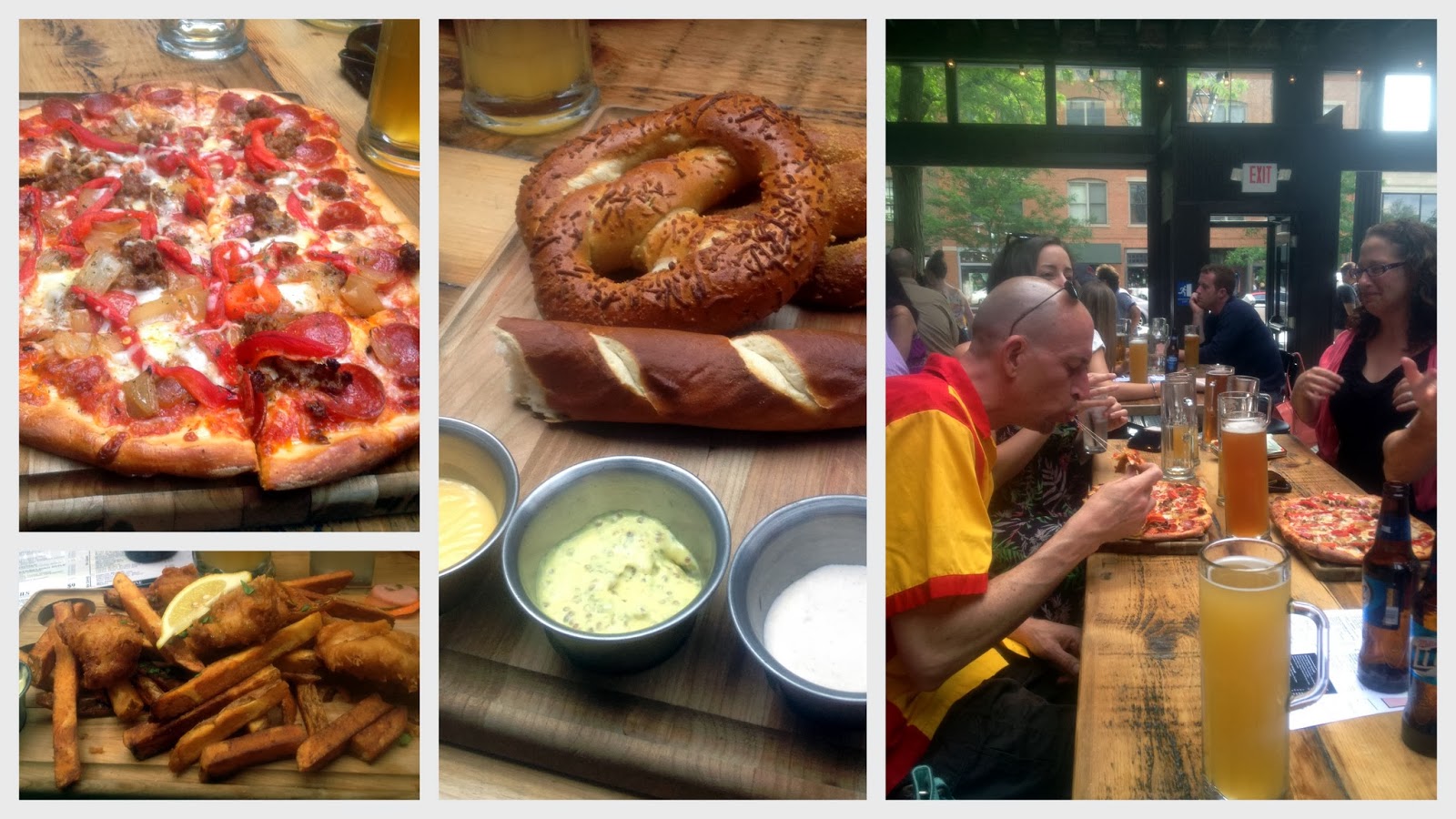 Our takeaway from the Pint House is that we'll go back for sure but only on a weekend afternoon/early evening. Later at night it can be very difficult to get in, plus there's a much younger crowd and that's just not our scene anymore. But that's just us.


Next up: Union Cafe!