Just in case you don't understand where that title came from, you should listen to this song. I'll wait.

I'm a big fan of Sara Bareilles and I fell in love with "Brave" even before I knew the significance of it. She co-wrote it after seeing a friend's struggles with coming out. Her goal was for the song to get radio airplay. Not only did she accomplish that, but she earned a Grammy nomination in the process. Her co-writer, Jack Antonoff (from the band fun.) calls the song a "civil rights anthem" for our time. Incidentally, I sang it at karaoke last night.


OK, hang on, because shit's about to get real.

I am not comparing Holocaust victims to blacks in 1960s America to post-9/11 Muslims to LGBTs today or any other persecuted group of people, but you'd better believe there are similarities.  I have experienced discrimination, but nothing to the extent that they did/do. After all, I may be female, but I'm about as WASP-y as you can get. I don't know what it's like to be refused service based on my skin color or my ethnicity or my religion. Now there are stories all over the news about states possibly passing legislation that would make discrimination against homosexuals legal. 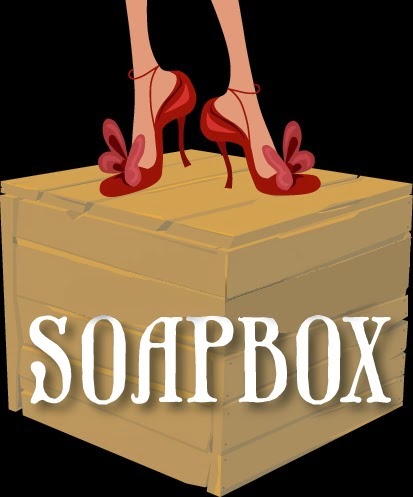 Are you freaking kidding me?

It's awful enough to hear about the anti-gay laws in Russia or the one just signed in Uganda this week. This is the United States of America. How can we let this happen? Why is it OK to discriminate against any group of people? I can't begin to imagine living in an area where I might see signs that read "Heterosexuals Only." (On the other hand, if a business owner truly feels that way, maybe it's best to go ahead and post it, so I know not to spend my money there.)

And I can't even discuss the so-called "Christians" who go out of their way to not only protest but actively cause pain to members of the LGBT community or anyone else who isn't like them. A couple weeks ago in church we sang the song which includes the line "and they'll know we are Christians by our love." I thought to myself how sad it is that that's not always the case anymore. These days if you tell someone you're Christian he/she just might think you're a follower of Fred Phelps and his westboro baptist church, which by the way, is in no way affiliated with any real Baptist denomination (I can't even bring myself to capitalize it). And crazy enough, there are less that 50 members of that "church," but they get so much press that I fear people believe they're legitimate.

I'm far from perfect. I can be catty and I sometimes judge people based on their clothing or hairstyle or some other meaningless trait. I've been bullied and I've been a mean girl. I'm not proud of it, but it's true. A friend posted this on Facebook recently and I have to be honest that the non-perfect part of me really has a problem with the next-to-last one on this list. There are a lot of things in life that we can't control. But we really can do something about the threatened legislation going on here in our own country. Speak up. Use your voice. Vote. I wanna see you (and me) be brave.