I was a bad blogger this weekend and didn't take a lot of pictures, although honestly it was a low-key weekend for me. And that's just fine.

Friday we walked to the North Market for the Columbus Microbrew Festival. I looked at it as a job requirement. (Hahaha) We didn't even taste other breweries' offerings; we just stayed at the Columbus Brewing Company's tent, and Aaron ended up pouring beer for a couple hours. He loved it! 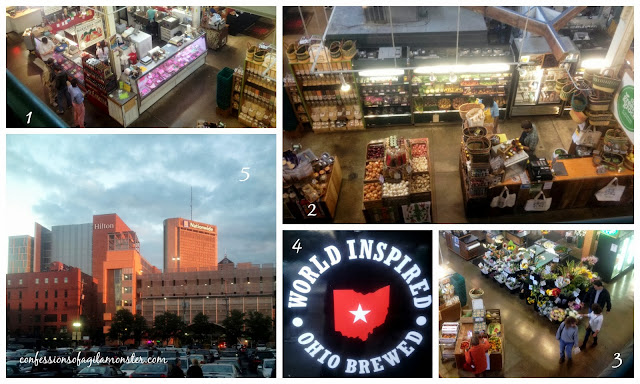 
Saturday was a mostly leisurely day for me. Did some laundry, watched some football and did a little research of the upcoming fall TV season. Later this week I'll have an intensive look at the new and returning shows. Most of the programs start the season next week, but tonight is the series premiere of Sleepy Hollow, which I'll check out (it's on FOX at 9 ET). Also tonight are the season premieres of Dancing With The Stars and Bones if you're a fan of either of those. Personally, I'm excited for the season finale of Under The Dome.


Sunday we sang at church and then volunteered for the Short North Home and Garden Tour. Our friends/neighbors Dru and Jeannie were on the tour this year so we hung out there and drank wine provided valuable information about the house and the neighborhood.

Tonight we're headed to Cincinnati for the Bengals/Steelers game! I'm very excited to see some friends and go to Paul Brown Stadium for the first time, although I'll be wearing enemy colors. Go Steelers!