Golden Globes and Other Weekend Stuff

Such a lovely weekend! Friday night we went to Mike & Amy's (you know, our friends who recently moved here from Atlanta; Mike & Aaron have been friends since they were 12, yada yada yada) for dinner. We enjoyed an outstanding meal and a bit of wine, including a bottle of Sting's wine: 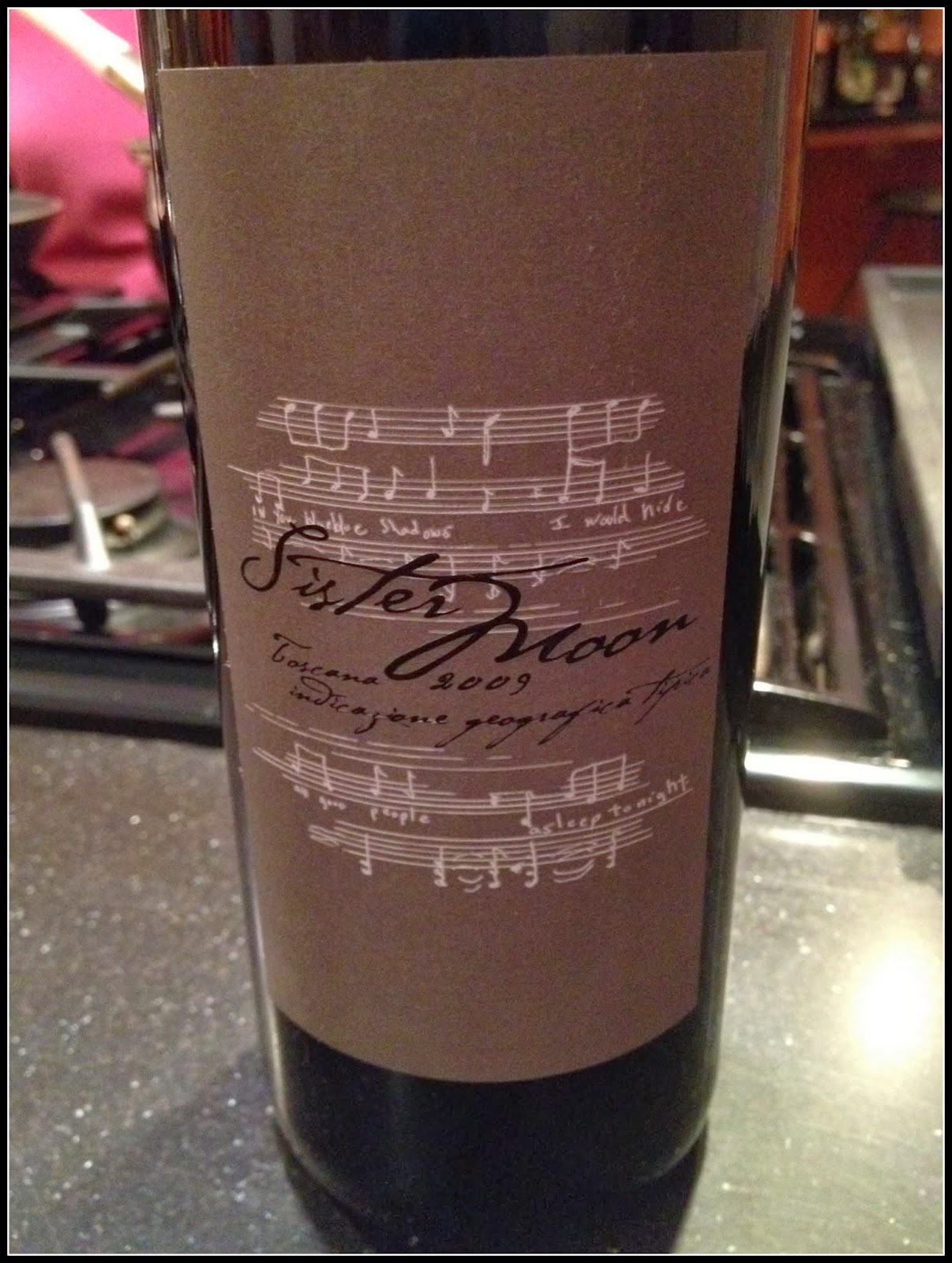 I think I decided it was time to leave when this happened:

Saturday we saw American Hustle. This led to the realization that we should not drink beers before going to the movies. Between that and the warm temperature in the theater, we were both dozing off. We think we liked the movie, though. I can definitely say that the acting is terrific and I loved the soundtrack as well.

OK, let's get to the Golden Globes. I watched them on delay so I avoided all social media last night. I adore Tina Fey and Amy Poehler (congrats to Amy for her win!) and I thought Tina looked spectacular, especially in that first wine-colored gown (but her red carpet gown was hideous). I think the only part with them that I didn't like was the whole "this is my son Randy" thing. Awkward.

I liked that there were some surprises, although the surprises of Andy Samberg and Brooklyn Nine-Nine just baffle me. I watch the show, but I don't know that it's worthy of beating the competition in those categories.

I haven't seen any of the "big" movies except for American Hustle so I don't have a lot to say about the winners there, but Leo and Matthew's wins could shake things up in the Best Actor category for the Oscars. That category appears to be loaded so I'm curious to see who gets nominated.

How to appear drunk but hilarious and fun: see Emma Thompson.

How to appear drunk but a big hot mess: see Jacqueline Bisset.

Some of my best dressed:

Reese Witherspoon. I don't care what anyone says (and honestly I don't know what anyone's saying about her), I love this dress. It's simple, it looks great on her and I adore the color.

Lupita Nyong'o. I know 12 Years a Slave is going to be hard to watch, but I'm excited to see her performance, and she is just stunning in this dress. And probably in a burlap sack as well.

Olivia Wilde. She wins the pregnant chicks fashion award of the evening.

Uma Thurman. She made E! Online's "worst dressed" and her red carpet picture isn't great but I thought that onstage last night she looked fabulous.


Some of my worst dressed:


Amy Adams. How clever of her to dress like her character. But, no. I just don't think this does anything for her. And onstage she looked totally washed out, as though she had zero makeup on.

Lena Dunham. This just speaks for itself.

Jennifer Lawrence. I still love her, but this dress? Ugh.

Edie Falco. The cut, the fabric, everything. Hate it.


In other news, after a lot of binge watching on Amazon Prime, I'm finally completely caught up on Downton Abbey (the American showing of it, of course). I won't spoil anything from last night's episode except to say, "Holy SHIT," but I'd love to chat about it with you.