Are you bored of my Italy trip yet? Of course not!

We're up to Wednesday Gwensday on the trip and six of us took a day trip to Florence. We weren't going to have a ton of time there because we had to get back for a pizza party at the villa that evening. We planned to get going early and drive into Lucca to catch a train to Florence. Well, the Cinque Terre experience the day before had us up late and exhausted so we didn't get started as early as we wanted. We missed the train so we figured out the last train stop before the main Florence station and decided to drive there, park and take the train just one stop so we didn't have to navigate parking right in Florence.

Here's the thing, for our group of 13 we had rented three small SUVs that looked like this: 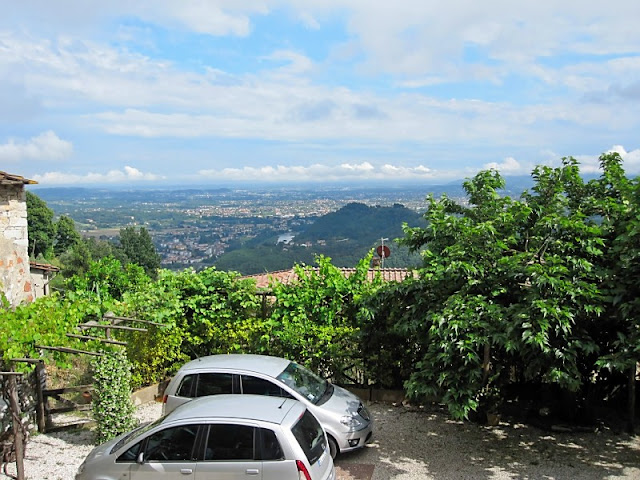 Oh look, another view from our villa!


Since we were leaving seven people behind, we just took one car, which really only holds five people. Aaron offered to ride all folded up in the back-back (since we were only supposed to be driving into Lucca). But Florence was an hour and a half drive. Oops. Needless to say, Aaron needed a little alone time when we finally returned.

Anyway, we got to Florence and wandered around a bit. We had made museum reservations (make sure to do this before you go - it saves SO much time) at the Accademia and the Uffizi. We first went to the Accademia, which is where Michaelangelo's David is on display. Let me tell you, I've never seen anything like it, and pictures could not do it justice. It's simply stunning. There are also several other Michaelangelo pieces there and another favorite part for me was an exhibit of musical instruments. 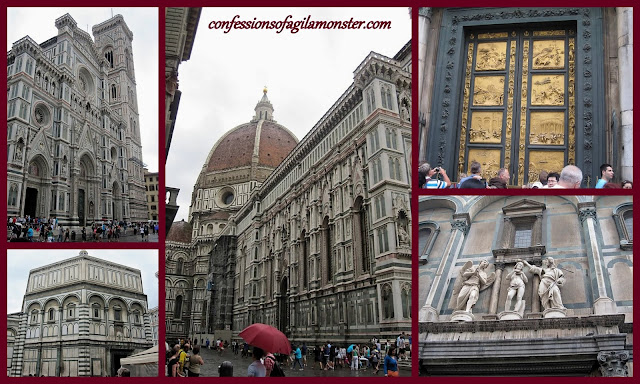 The Duomo and the Baptistry 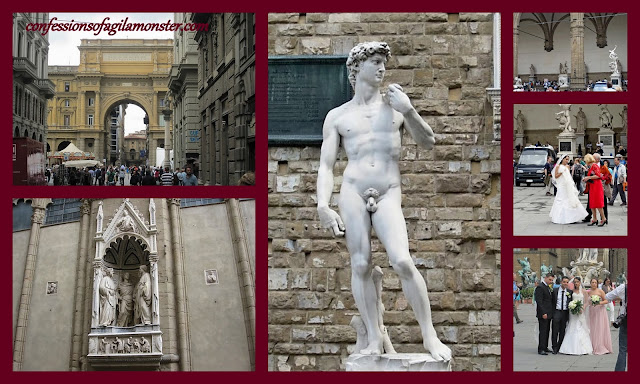 Piazza della Signoria, including a David replica and a bridal party!


We made our way to the Uffizi and here's where Aaron was the smart one. He had downloaded walking tours from Rick Steves so he knew what he was looking at, while the rest of us didn't and after a while everything looked the same. (Yes, we could have rented audio tours, but we didn't.) So after a bit, our four friends took off and I waited for Aaron to finish. I mean, it was cool and all, but it went on and on and just how many Italians painted the Adoration of the Magi anyway? 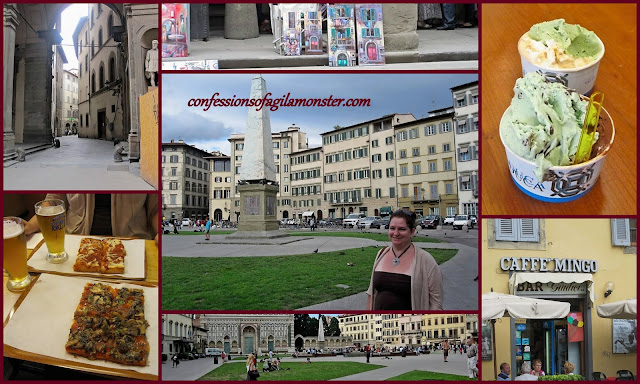 
We met up with the rest of our small group and got ourselves back to the villa, where we had a pizza party. The villa has a pizza oven built in around the back. The owner, James, purchased all the ingredients and showed us how to make the pizzas. It was a fabulous evening! 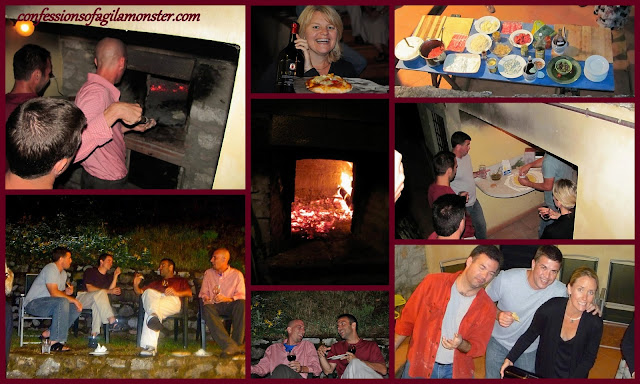 Next up - a cooking class in our villa and buying wine at the hardware store!