It's Travel Tuesday again, and it's Tuesday on our Italy trip as well. On this day all 13 of us went to Cinque Terre. We woke up to pouring rain, which really isn't what you want at Cinque Terre. But Tracy was adamant that we go, and damn if it didn't work out to be a beautiful day. Cinque Terre is a series of five villages on the Italian Riviera. Once you get to one village, you can reach the others by train or you can walk. Some of the paths are much more difficult than others. Also, in the fall of 2011 there was extensive flooding and mudslides and I don't know if all of the paths are currently open, but they were in 2010 when we were there.

We drove to Riomaggiore and started walking to Manarola. This was the smoothest trail (it's wheelchair-accessible) and it's also known as the Via Dell'Amore, or Love Walk. At one point, there's a photo op for couples and in the picture below you'll see Aaron and me and Mike and Tracy at that spot.

We wandered around Manarola a bit and some of us had a bite to eat, then moved on toward Corniglia. We were starting to see some blue in the sky and caught some beautiful views.

At some point on the way to Corniglia we sort of broke up into smaller groups because some of us (read: ME) were slower than others. But we always reconnected at each village. This is also where we finally started taking pictures of all of our food.

The trek to Vernazza was brutal for me. It was pretty rough, somewhat treacherous in spots, and LONG. Aaron and I left before the rest of group. I later found out that Doug and Denise had taken the train. Oh, if only... Did I mention that a week before we left Columbus I sprained my knee? So that obviously didn't help.

Once we made it to Vernazza, we feasted.

Most of us opted to take the train to the last village, Monterosso. Only five of the guys chose to hike it. The other two guys went off and drank beer or something; us girls did some shopping and had some wine and met people who lived in Columbus. Wild. 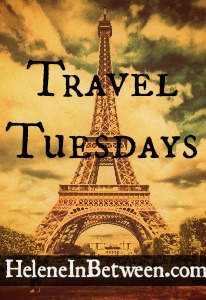