I thought Friday might never arrive. Here's how tired I've been this week.

Every morning one of us (usually Aaron) gets up and makes coffee. Sometimes he'll make my mug for me but sometimes he's up way earlier than I am so I'll go downstairs and make mine. I like my coffee with half & half and cinnamon. On Gwensday morning I opened up the pantry and put cinnamon in the coffee. Or not. 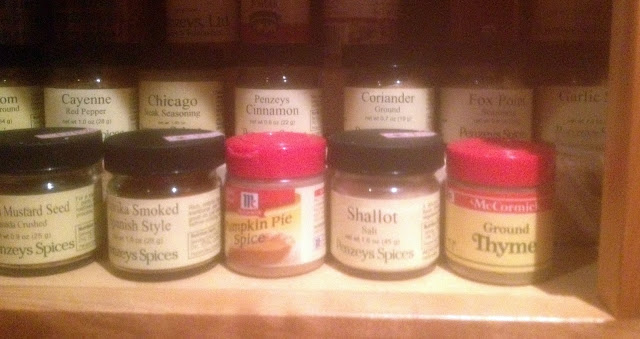 It was bound to happen. Our pantry is in no way Sleeping With The Enemy organized, but most of the spices are in alphabetical order. After I took a sip of coffee I knew something was wrong.

That's right. I had put coriander in my coffee.

I guess it could have been cayenne pepper...

Linking up with Paula