My love affair with SYTYCD

Happy Gwensday! It's a B-E-A-YOU-tiful day here in Cbus. Seriously, why am I inside?

OK, if you don't know what SYTYCD means, you don't have to keep reading, but you might as well, since you're here and all. So You Think You Can Dance (SYTYCD) is a competitive reality show involving (duh) dance. It's now in its 10th season and it's traditionally on during the summer. I didn't start watching until season 4, when I was flipping channels and came across this:


Chelsie and Mark; Chelsie went on to become a regular on Dancing With The Stars.

I was hooked and I've watched every episode since. I think the biggest reason I love this show is because I can't dance; I'm actually kinda klutzy. I do watch singing competitions - I sat through probably too many seasons of American Idol, I've watched The Sing-Off and I enjoy The Voice, but singing I can do. I'm no Kelly Clarkson, but I'm pretty decent. With dance, I'm just amazed at the talent on the stage.

I also prefer SYTYCD over Dancing With The Stars because there is a huge range of genres on this show, everything from ballroom to hip hop to contemporary to African jazz to Bollywood and on and on. Here are some of my favorite routines:


Kayla and Kupono in a piece about addiction, in which he is portraying her addiction


Lindsay and Cole in a sizzling Paso Doble. Cole's background is martial arts and he incorporated that into his dancing. He was my favorite guy from last season.

THIS one. Alex Wong and all-star tWitch. People, Alex was dancing with the Miami Ballet before he went on this show. Check out his hip hop moves. Then he went and busted his Achilles and couldn't stay on the show. I can't imagine him not winning if he had been able to finish the season. On the finale, the judges pick their favorite routines of the season to be repeated. Obviously Alex couldn't perform so they had a special guest dancer.

One of the most fun performances ever.

These were just a few of my favorites; honestly it's hard to narrow them down. I'm sure that some of the routines from this season will make my list too, especially from last night. There were some incredible performances! 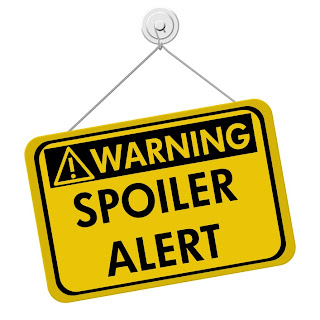 I thought Makenzie and Tucker were doomed. Then both Makenzie and Jenna nailed their pieces and obviously the judges had a hard time because they had a split vote before deciding that yes, Makenzie would go. Nico did an admirable job on his routine but it wasn't mind-blowing. Still, I thought that since Tucker wasn't able to dance last week, he'd be gone as well. Until....


...he did this emotional contemporary piece with all-star Robert choreographed by Travis Wall. Done and done. Travis is a former contestant turned choreographer and every one of his routines is outstanding. A couple months ago, Helene did a post about a SYTYCD drinking game, and one of my additions was "drink any time a Travis Wall piece DOESN'T make you cry."

And so Tucker stayed. Not a bad decision - really, I don't DISlike any of the remaining dancers and like I said, last night's show was phenomenal. I can't wait for next week!