I love the crescent moon.... 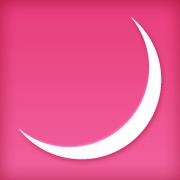 Come on girls, sing it with me!

So today some fellow bloggers are having a Greek is Greek linkup, and when I realized that three of the four co-hosts were in the same sorority as me, I knew I had to participate. Granted, I'm much older than these ladies but I'm here to tell them (and you) that being in a sorority has lifelong benefits.

When I went to college in (gulp) 1985, I had no intention of going Greek. Back then at Wittenberg, rush wasn't held until winter term, so by the time it rolled around, I had friends who were Greek, my boyfriend at the time was Greek, and other freshman friends were rushing so I did, too. In 1986 I pledged Gamma Phi Beta. 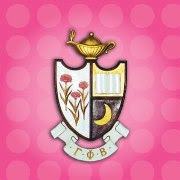 While sorority life during college was fun, I had no idea how much it would mean later in life. And while people often bitch and moan about Facebook, I will always be grateful that it reconnected me with so many of my sorority sisters. There's a group of us in Columbus/Dayton who get together for lunch (hey, let's do that again soon!) or drinks, and I often see Facebook posts of other reunions. Last fall several of us gathered when Christine was in town for work.

In January, 16 ladies met up in Florida for a mini-reunion. I was sad to miss that one!

Candy, my sorority sister, fellow Columbus-ite and blogger at Bird Uncaged (where she lists something she's thankful for everyday, wrote this:


"You may not be able to put your finger on the reason why you feel so comfortable the minute you walk in the door, in the moment. But 25 years later, after you have seen each other through marriages and births and divorces and death, or maybe you haven't seen each other at all, but you can sit down in a room together and talk and laugh and cry as if not a single day has passed, THEN you will understand why these beautiful women are your sisters."


Today I'm grateful for my sisters.