Today Helene and Sarah are hosting a link up about Halloween. Here's the thing: I don't like Halloween. I'm not a fan of dressing in costume (mostly because I can't seem to think of anything clever). But the biggest reason I don't like this particular "holiday" is because of what happened to me in 8th grade. My grandmother had just died and my other grandparents took my brother and me to the mall to give us a break from calling hours and whatnot. There was a haunted house there and at the time, I loved haunted houses. This time, though, I got scared out of my mind, and I'm also convinced that some of the people in there had touched me (not in the pervy way, just in the "you're not allowed to touch anyone in the haunted house" way). After that, no more haunted houses and really, not much in the way of Halloween either.

...Until about five years ago when we finally got to know our neighbors. Colin and Amy have an annual Halloween party and while I'm still not sure what my costume will be this Friday, I do enjoy the party and seeing the creativity of other friends. In 2008 I think I just went easy and was a witch (I wore my symphony chorus black dress). 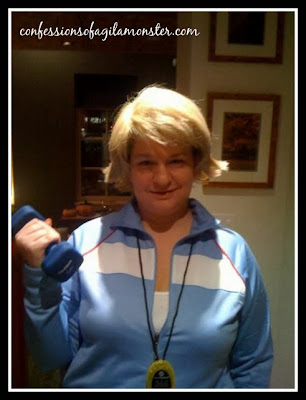 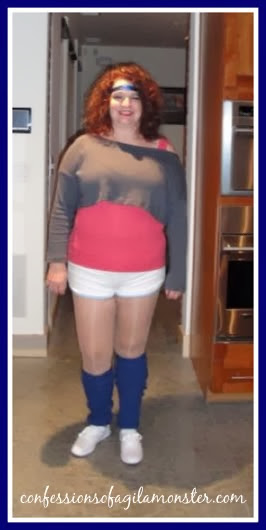 In 2011 we missed the party because my dad's funeral was that day and last year they didn't have the party. I'm not promising anything but just maybe this year I'll take a bunch of pictures and have them for you on Monday.

Email ThisBlogThis!Share to TwitterShare to FacebookShare to Pinterest
Labels: Halloween