I'm back, bitches! The last 12 days are kind of a blur, not to mention the last 36 hours, in which I got up at 3:15 am in Salzburg and got on a bus to Munich, flew nine hours to Newark where our six hour layover turned into eight hours and we finally got to bed at 12:30 am Columbus time. Oof - that's a lot of numbers, even for me. I'm so happy I took today off, and I've never looked so forward to doing laundry in my life.

I had all these great intentions of scheduling posts for while I was gone, but given my procrastinating nature, that didn't happen, except for my two fabulous guests, Erin and Steph (click on their names to read their posts if you missed them).

I promise that I will recap our trip, with lots of pictures, but obviously that's going to take a while (and I "only" took 566 photos). So for today I give you:

10. Drink - Our group was split into three groups on the flights between Columbus and Newark, and we were then on the same flights flying to and from Europe. Aaron and I were in the group which had the longest layover both times, so you know there were some adult beverages consumed.

9. Read - I downloaded several books to read on the trip but truthfully I didn't finish any of them. We were so busy that most times I tried to read I just fell asleep. But I did start this one:

8. Eat - And try not to leave a carry on bag in an airport restaurant. We did get it back, and then promptly left it on the parking lot shuttle bus in Columbus, causing Aaron to drive BACK to the airport at 11:30 last night. And we got it back again. Whew.

7. Shop - I personally did not do this, but a dear friend who shall remain nameless may or may not have bought four bottles of cologne in the duty free shop. In Newark. BEFORE getting to Europe. And number 10 may or may not have contributed to said shopping. (Love you, DFH!)

6. Go into Manhattan - Some of us had talked about doing this, but ultimately decided not to (though given the two hour delay getting back yesterday, I kind of wish we had). 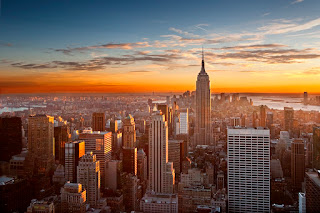 
3. Charge devices - Unfortunately, our chargers were packed in our checked bags, so my phone eventually died yesterday, but you should have seen the crowded charging stations in our terminal yesterday, especially because we weren't the only flight delayed.

2. Massage - I took advantage of this on the way to Europe and again, wish I had done it again yesterday. My body is stiff and sore.

And the Number One Thing To Do During a Long-Ass Layover in Newark:


OK, time to start the laundry, pick up mail at the post office, go to the grocery store and catch up on TV. ;)

Email ThisBlogThis!Share to TwitterShare to FacebookShare to Pinterest
Labels: travel