Y'all, this whole going to work thing is messing with my ability to blog about the trip to Europe. But here is Part One: Berlin. And what's sad is that we were only in Berlin maybe 30 hours, yet it's still impossible to choose which pictures make the cut and now that I've finished this post ... damn, it's long!

(For the preface of just what the hell I was doing in Europe, go here.)

We got to the airport around 6:30 am for our 8:30 flight. We had three flights getting to Newark, and then we were all on the same flight to Berlin. So after arriving in Newark, those of us on the first flight had something like eight hours to kill. See here for some of those activities. We flew overnight and landed in Berlin around 8:30 am local time. We met our tour guides and got on our buses, but we couldn't check in to the hotel until after 2:00 so we did a little sightseeing.

One of the most moving stops was the Memorial to the Murdered Jews of Europe. It simply consists of 2,711 concrete slabs and from the street they appear to be all the same size. But the ground goes up and down so once you start walking around in there, the slabs are way above your head. 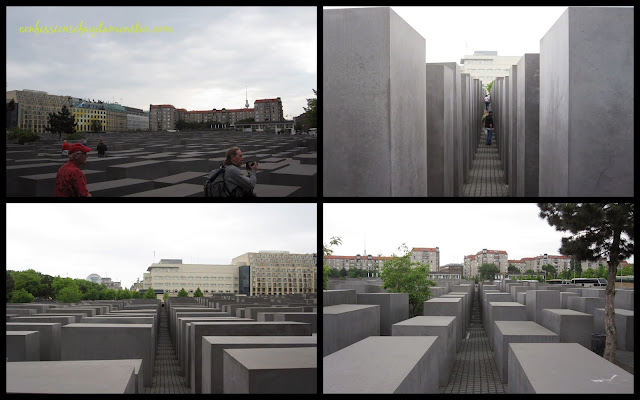 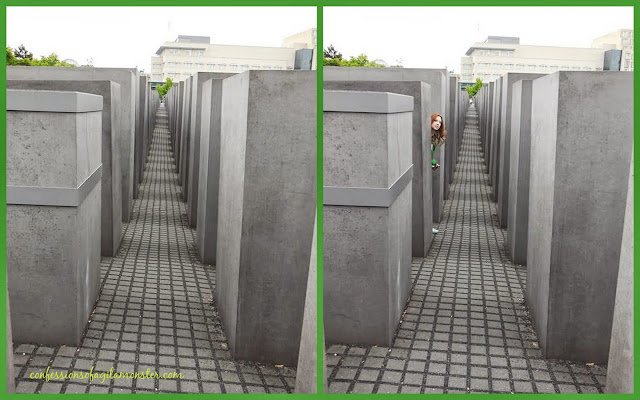 We then took a boat tour on the Spree River. Here are some scenes from that (but don't ask me what they are because by this time I was nearly asleep). 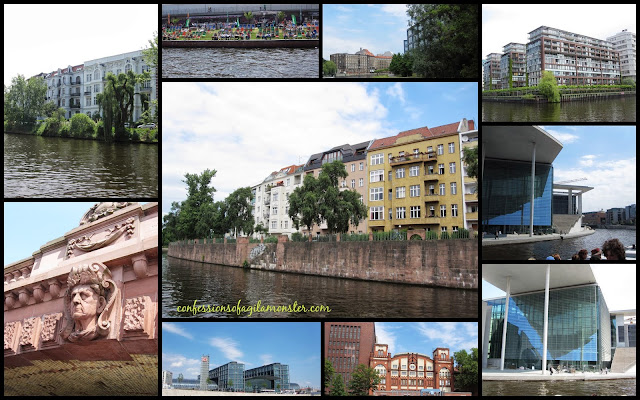 We finally made it to our hotel, the Park Inn at Alexanderplatz, but it still wasn't time to check in, so we got some lunch. Cue the food and beer pics.

NOW we could check in. Aaron and I are those nerds who take pics of our hotel rooms. This room provided us with our best view of the whole trip. It didn't hurt that we were on the 30th floor. 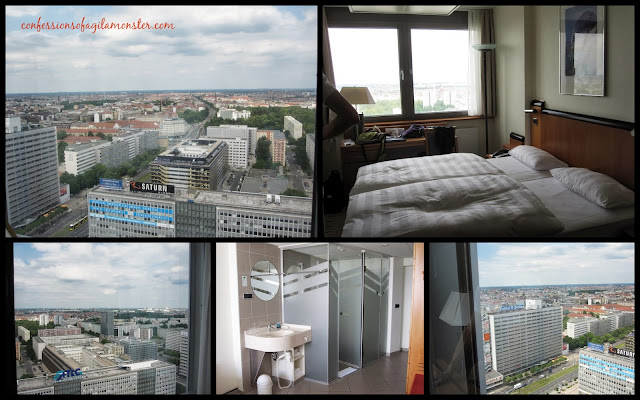 There was a bus tour available but we opted out of that and explored by ourselves. We walked to the Brandenburg Gate, then realized that might have been a bit ambitious, so we took a bike taxi back closer to the hotel, then enjoyed some more beers before dinner. 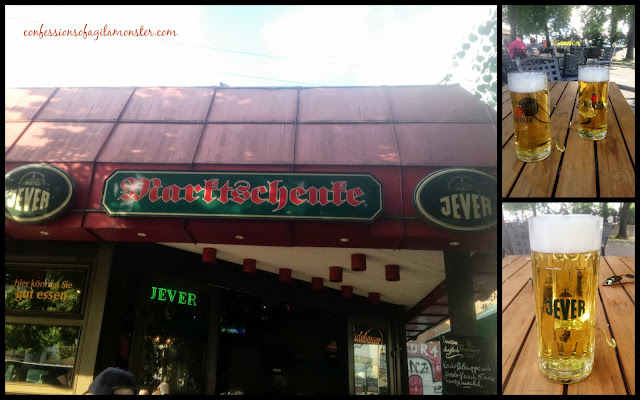 We had a buffet dinner at the hotel and went straight to bed. Sunday morning we sang for the 10:00 service at the Berlin Cathedral (Berliner Dom). It's a Lutheran church and for those who don't know, Aaron and I both grew up Lutheran and my dad was a minister. The service was entirely in German, but we recognized some of the liturgy. Even though we were wearing robes and didn't need to dress up, Aaron wanted to wear a tie.


Then we stopped at St. Hedwig's for some casual singing. 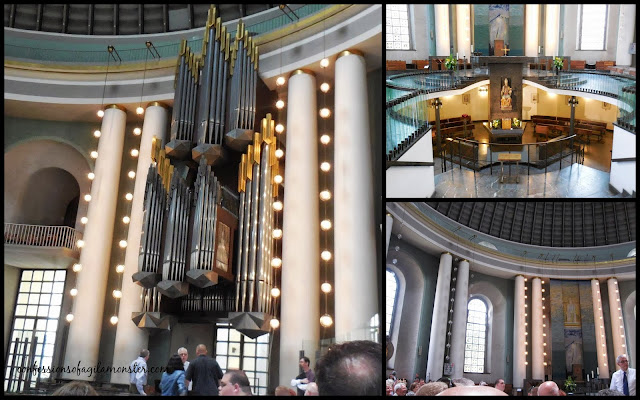 And we were back on the buses on our way to Dresden.

I hope you enjoyed our brief visit to Berlin. I promise I'll get more posts up soon about the rest of the trip!