Curing cancer, one cheap beer at a time

For the fourth year, our neighborhood and friends participated in the Crawl for Cancer (here are some pictures from last year). We had 30 people -- there are roughly 5,000 total participants -- and we usually have a team "draft" at our house the night before. This year, that also happened to be our friend Jen's 40th birthday, so we combined celebrations.

Saturday morning Aaron woke me up way too early and we biked to Ethyl & Tank for breakfast and bloody Marys: As y'all know, I hate the "official" color of breast cancer, so I've adopted leopard print as my own. My peeps surprised me and we all had leopard print bandannas to wear. 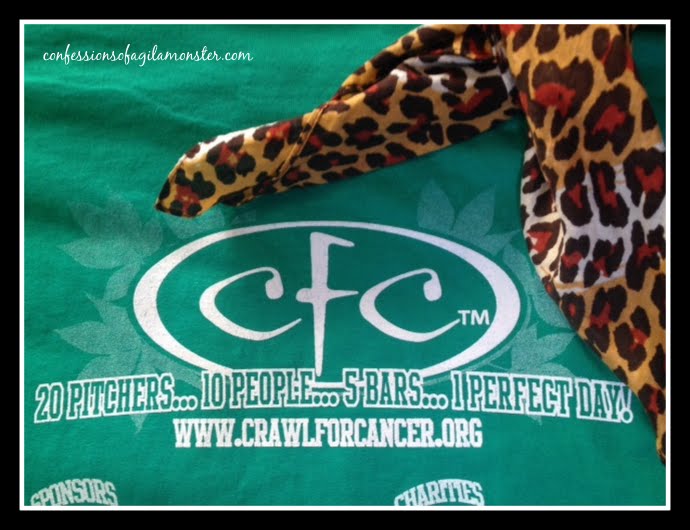 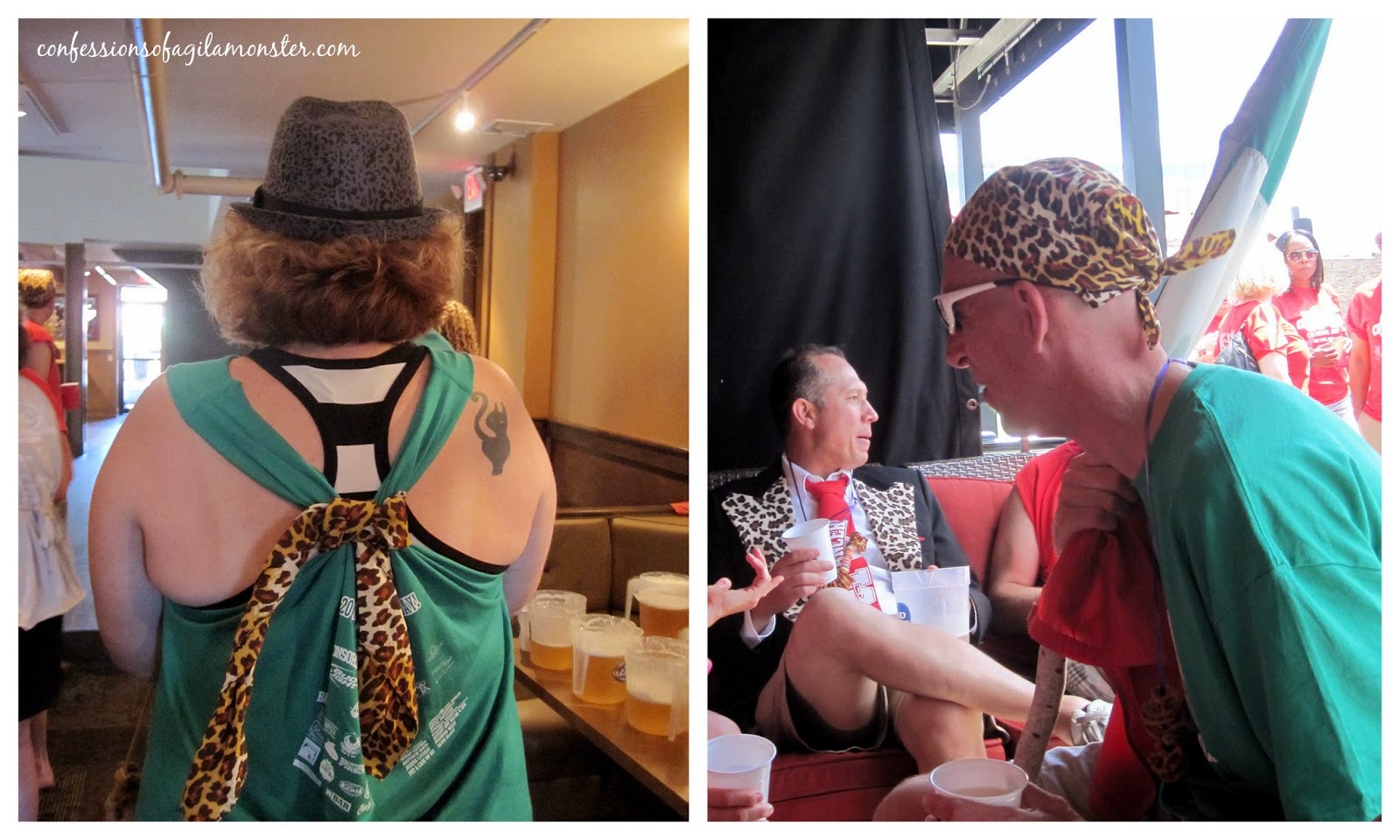 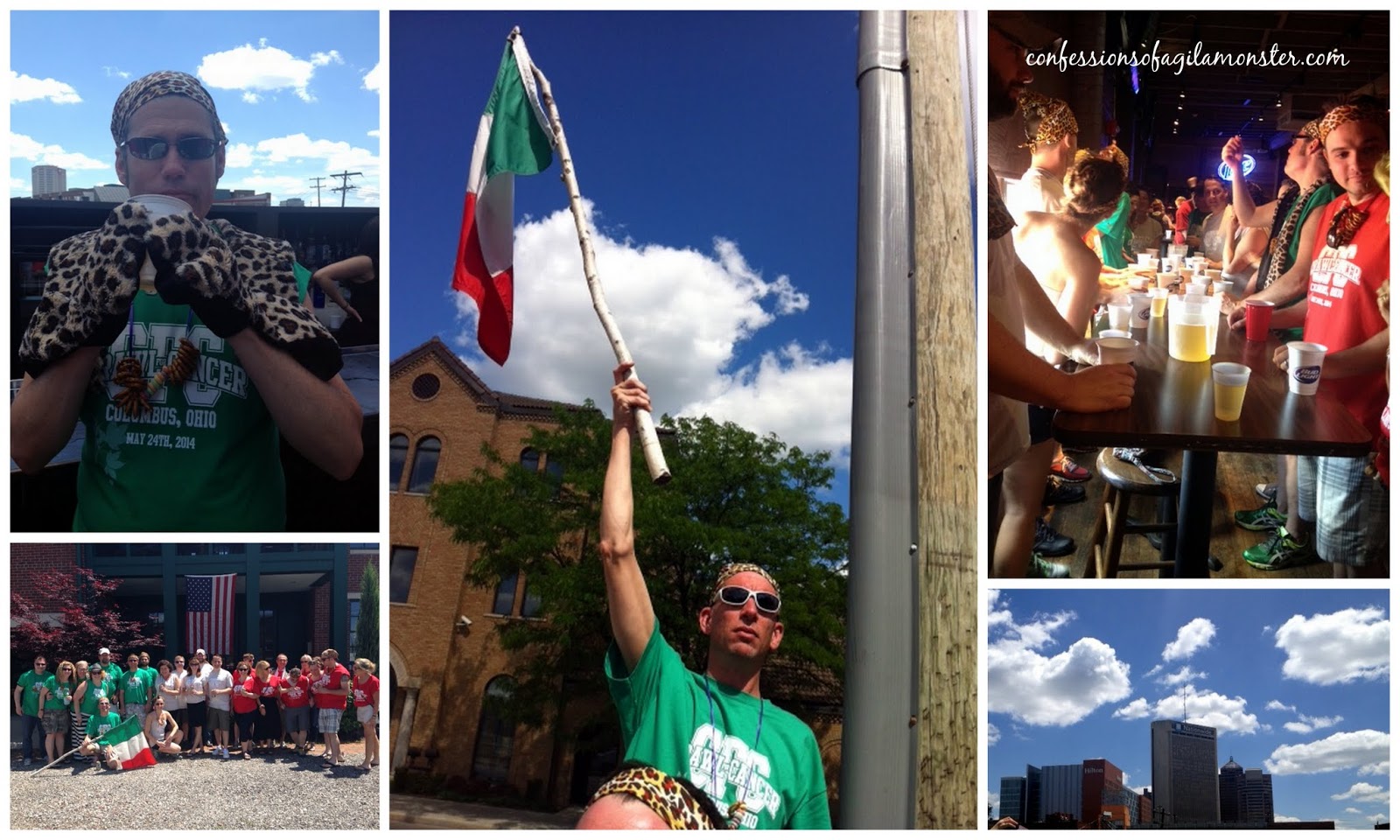 Sunday Aaron wore his patriotic tie to church, as did one of the ministers: 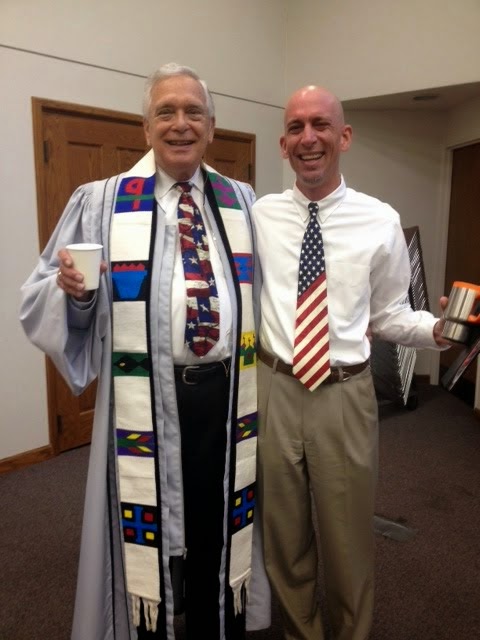 I also made a Triple Berry Kahlua Crisp, from Half Baked Harvest (find the recipe here). I used red raspberries instead of strawberries. It's deeeeeeeelish. 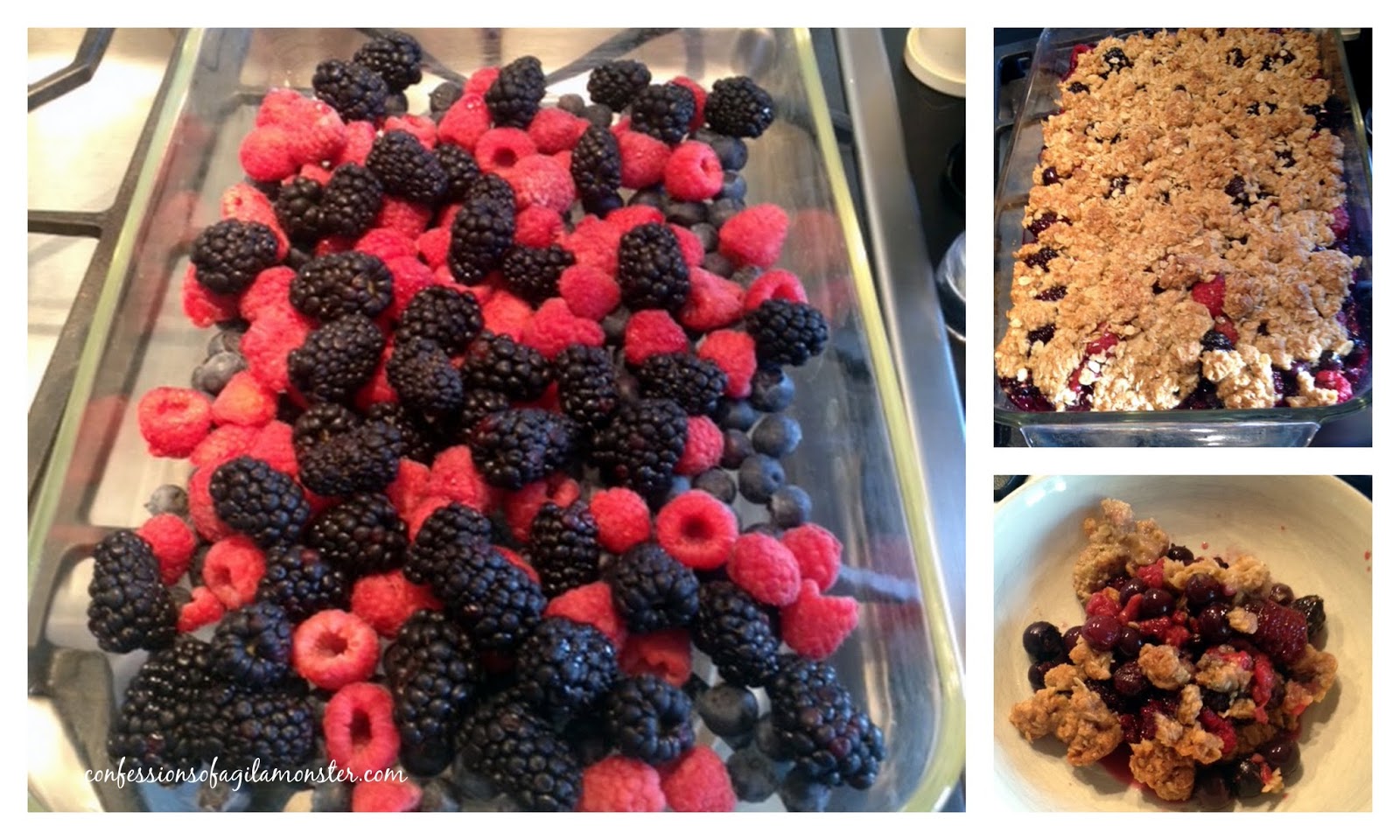 I have no pictures from Monday. I didn't do much, but we did go to see Draft Day, which we both enjoyed. I've been a stalker fan of Kevin Costner since the summer of 1988 and he didn't disappoint.

Hope you all had a wonderful weekend!