Today I'm stealing a page from Steph for some Thursday Thoughts (now watch, she won't do that today). Update: she didn't.


I don't mean to complain about the rain when other parts of the country have it so much worse, at both ends of the spectrum. But enough already! Last weekend we had our own little Lake Carmack in our driveway.


And now, a moment about cat litter boxes. We have a closet under our stairs affectionately known as the Cat Closet where the litter box lives. There's a hole cut in the door for easy access. You'll notice I said litter box (singular) and you might be thinking "girl, don't you have three cats? And you only have ONE litter box." Why yes, yes I do. 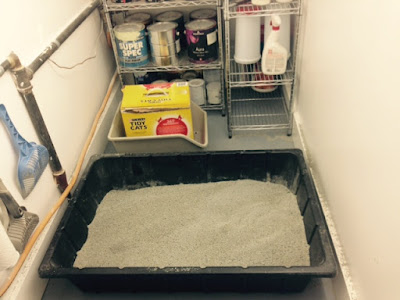 We used to have multiple litter boxes in the closet but after we added a third cat we were having some litter box issues. Our friends Amy and Ray suggested going to Lowe's/Home Depot/pick-your-building-supply-store and getting a concrete mixing tub. Brilliant -- and cheap! And the cats love it.

On a side note, it never fails that as soon as we've scooped the box, Bella is right there to use it. We call her The Biscuit because she likes a clean bowl (how many of you know that reference?).


Last night my neighbor and friend Amy came over to help me with Project Mail Sort (to solve the problem I mentioned a couple weeks ago). With beer and wine and pizza in hand we tackled the disaster. 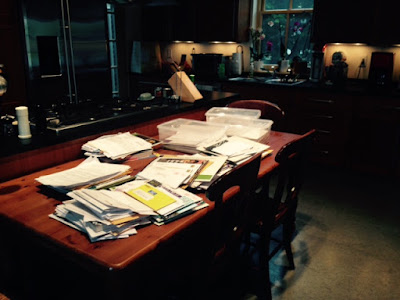 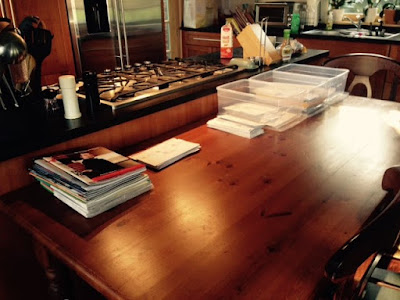 Now I just have to keep up with the incoming mail and keep the piano clean. Thank you so much, Amy!

I know it's not the topic of the week anymore, but I'm going to talk about Caitlyn Jenner. And by "talk about" I mean borrow thoughts from other bloggers. First up, from my ten-years-younger twin, the aforementioned Steph. She wrote this a couple weeks ago:


"Is [Caitlyn Jenner] a hero in my life? No. Do I think she could be a hero to people struggling with a transgender identity issues? Absolutely. I wonder if the people who can't reconcile the idea of more than one type of hero in their minds are just intellectually incapable of doing so. Some people are heroes to many, and some people are heroes to specific groups of people, and more than one type of hero can co-exist in this universe. There are many ways to be heroic, courageous, and brave. One's life does not need to be in danger from outside forces or disease to be any of those things. I count suffragettes among my heroes and I'm pretty sure many people who were never denied the right to vote wouldn't. But if you told me they were not heroes I'd tell you to go fuck yourself because to me, they are. Just because someone is not a hero to you doesn't mean they can't be a hero to someone else. Heroes are personal. It is not for us to decide  who holds the title of hero for someone else. Live and let live."


Then I read this post from a blog that's not on my reading list, but a friend shared it on Facebook and I loved it. The writer is a woman who identifies as (the new buzz phrase) a born-again Christian who says "I choose love. I choose encouragement. I choose edification. I choose support."

To put my own feelings out there, I just don't understand all the negative energy spent by people who don't agree with Caitlyn's decision to live a life that she has suppressed since childhood. There was a petition (which accumulated more than 3,000 signatures) to have Bruce Jenner's 1976 decathlon gold medal stripped. Seriously? How ridiculous. 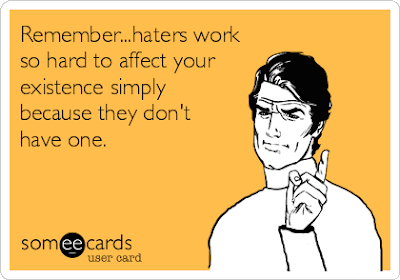