Feeling All the Feels

...which, by the way, isn't a phrase I use very often, but it's very appropriate right now.

One year ago today I underwent a double mastectomy and DIEP flap reconstruction, which removed all the cancer from my body. I'm extremely lucky that things worked out the way they did; my cancer was Stage Zero, and I didn't need radiation or chemo or even hormone therapy. But that doesn't mean it was easy. I had four surgeries in nine months and I still have pain at incision sites. And then there's the emotional toll, which I can't quantify. I can't even determine which emotions relate to which major life event. Because while going through cancer-ridding procedures, my mom was taken away with no warning.

My mom's death came three days after one of my surgeries, so healing and rest took a back seat to funeral arrangements and care for my grandmother. Proper grieving wasn't really an option. Then came legalities with both my mom and my grandma. I'm the executor of my mom's estate and now my grandma's power of attorney. I'm dealing with figuring out what to do with my mom's house as well as the house my grandma lived in for decades.

It took a few months, but then the depression hit. We sold my mom's car and on the way to the dealership I had to pull over on the shoulder of a freeway because I was crying so hard. Over a stupid car. A postponed trip to Florida in February has yet to be rescheduled. Mail piles up on the piano until someone comes over, then the piles get moved to the garage. I've messed up things at work that I never would have before. I end up putting out fires in one area of my life only to have another one start burning. Many nights I stay awake until I can't keep my eyes open because I'm afraid that I might go to sleep and not wake up. 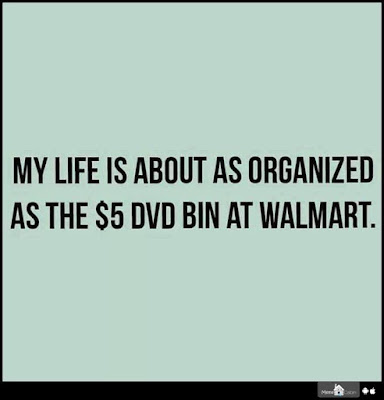 On one hand, I don't want to sound like I'm whining or complaining. Plenty of people have worse shit going on in their lives. But I'm also the first one to say to someone else "your shit is important to you; don't discount it." A couple weeks ago, Jana wrote a post called #shareyourugly in which she encouraged bloggers to "discuss your battles" and that we don't always have to show perfection.

I have had a nasty year-plus. I've tried to downplay it but as more than one person has told me lately, a lot of people will go through their whole lives and not have to deal with what I have had in a year.

And for those of you thinking "girl, get some therapy," I intend to do just that.

In the meantime, tonight we celebrate one year cancer-free!