How I Keep Myself Occupied During Recovery

I'm going to be brutally honest here. A lot of people who undergo major surgery talk about how stir-crazy they get. The resting is too hard for them. They can't sit still.

I am not one of those people.

My surgeon told me to be "lazy but active." I have the lazy part down pat. The active part, right now at least, consists of walks around the block. On Tuesday, still riding the high of having the drains removed, I may have walked a little too far, but generally speaking, there's not much danger of me overdoing.

If you've been around here for any length of time, you know I'm a TV junkie. Here are some of the shows I've been catching up on for the past two weeks.

The Fosters (ABC Family) - I hadn't watched this but the second season started this week. I binge-watched Season 1 and finished in time to watch the Season 2 premiere on Monday. It's about an interracial lesbian couple who have a biological son and take in foster kids (and their last name is Foster - how convenient) and eventually adopt them.


Orange is the New Black (Netflix) - It's cliché but yes, I'm hooked on this show just like a gazillion other people. I decided it was so nice of Netflix to time the release of Season 2 with my recovery time. And if, like me, you've seen every single episode of all the Law & Order franchises, you must check out this rundown of nearly all the OITNB characters and what parts they played on L&O.


Also, OITNB is the source of one of my new favorite quotes:


“Prison is gluten. Don’t do the crime if you can’t fuckin’ have flour.”

Longmire (A&E) - As you can tell from my L&O obsession, I'm a fanatic about crime dramas and I'll give just about any of them a chance (which reminds me that I need to add Castle to my watching list). This is about a sheriff in Wyoming who doesn't believe in using a cell phone or any other modern technology. I had watched most of the first season when it first started but then it fell off my radar. Season 3 started earlier this month so again I binge-watched until I was caught up.


Royal Pains (USA) - This is another one that I used to watch regularly but then life got in the way, along with other shows, so I had quite a bit to watch to be ready for the new season, which started last week. I did, however, decide that perhaps I should have reconsidered watching this show while recovering from surgery.


Switched at Birth (ABC Family) - I'm still catching up on this one. The title speaks for itself (two girls switched at birth find out about each other when they're 16) and the twist is that one of them is deaf. Warning: you can't multitask while watching this show because there's a lot of sign language and subtitles.

Petals on the Wind (Lifetime) - Yes, I devoured VC Andrews' books back in the day. This TV movie aired in late May, but I purposely waited to watch it until after my surgery. It did not disappoint: deliciously trashy, a well-cast Cathy, and the awesome Ellen Burstyn who stole every scene she was in. Loved it.


Next up, I plan to catch up on Pretty Little Liars, which leads me to a confession that I probably enjoy ABC Family's shows more than a 46-year-old should. Oh, well...

Note that this is just a TV list; come back later for the movie version. 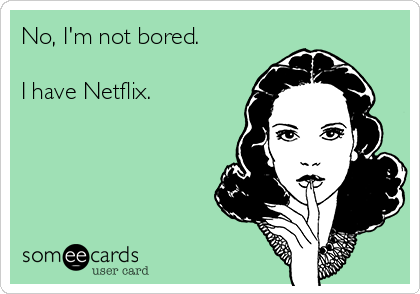 Email ThisBlogThis!Share to TwitterShare to FacebookShare to Pinterest
Labels: fun and frivolous, television