The Trifecta of Fabulousness

I love Thanksgiving for many reasons, including the fact that I was born on Thanksgiving Day. Growing up, I didn't often appreciate that because I was rarely in school for my birthday, and all my friends were off doing their Thanksgiving stuff and it didn't seem like I really got to celebrate. Now I think it's kinda cool, and this year November 23rd is 1) my birthday; 2) Gwensday, the best day of the week that's not a weekend day; and 3) Thanksgiving Eve. Here are some tales about Thanksgivings/Birthdays Past:

When I was born, the story goes, my dad (an avid hunter) convinced the hospital to keep my mom and me there an extra day so he could go out and try to shoot Bambi. Try doing THAT in the age of insurance anarchy. He told that story at our wedding, though not quite as crassly as I just did. 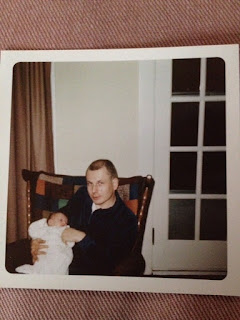 My 21st birthday fell on Thanksgiving Eve. I had finals but my mom picked me up from college and drove me home so I could celebrate with my friends Kim and Cathy. My dad took us out to Duffy's Tavern for my first "official" drink, then he dropped us off in town and we walked all over creation, finally ending up at my house. I seem to recall falling out of the Shelby and tearing my jeans, having a hard time unlocking the door to the house, and Cathy hugging my dog while she sat in front of the toilet. Ah, good times. 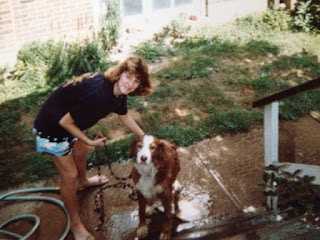 ﻿
Lucky for Cathy, I couldn't find the picture of her with Sugar, but here's the dog.

When Aaron and I got married our parents decided that we should host Thanksgiving dinner, which has worked out pretty well for us. Both sets of parents come to our house, so there's no discussion about whose family "gets us." Over the years, our siblings have gotten married and have families of their own so they're not with us every year, but our niece and two nephews are traditionally with us every single year, which I absolutely love. 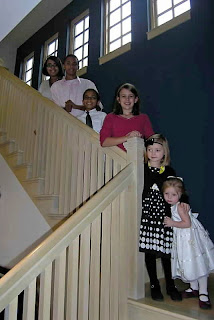 All six of the nieces and nephews

I think it was our first Thanksgiving that sparked the great potato water debate. We had boiled the potatoes for mashing and I then drained them, pouring all the water down the sink. My mother and mother-in-law acted like I had done some criminal act because of COURSE I was supposed to save some of the water to make gravy. Now, everyone knows that I'm not the cook in my family, but I swear to this day that I never remember that even from my growing up years. And the next year... I did it again. From then on I stopped touching the potatoes. 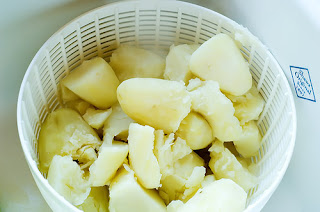 For the love of all that is holy, don't drain all the water.

Last year's Thanksgiving was pretty great. We had almost all our family there as well as our neighbors Christin and Martin. Our niece Kate was baptized by my dad right there in our house, and as it turned out, that was my dad's last official act. 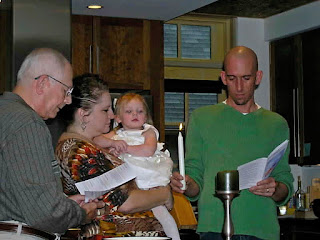 Aaron and I are proud to be Kate's godparents.

This year we're changing things up a bit. Being the first holiday without my dad, we wanted to make it a little different so we're going out to Buca di Beppo for our Thanksgiving meal (and yes, they're doing a traditional feast as well as their full menu). We'll probably eventually go back to having it at our house, but I think it will be a fun switch.

And on Thanksgiving Eve, I celebrated my Gwensday birthday with neighbors and friends. Colin made a pumpkin pie pudding shot in my honor: 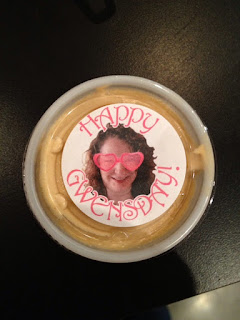 Email ThisBlogThis!Share to TwitterShare to FacebookShare to Pinterest
Labels: About Me, Dad, Family, Neighbors, Thanksgiving