Not a link-up, but I'm taking a page from Jana today with six things that are currently going on in my world.

This week's six pack is brought to you by (of course) Columbus Brewing Company's SFW. We just started bottling this farmhouse ale. It's lighter than a lot of our beers and I'm a big fan. ** Just in case you don't know, I work for CBC. 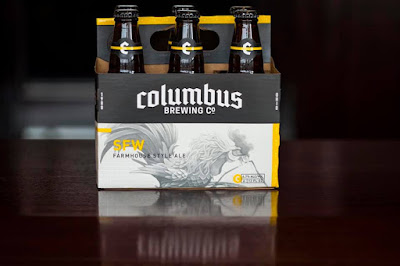 Watching
Oscar nominated movies. So far I've seen 8 of the 9 Best Picture nominees (#9 is on deck for tonight). I've also seen all of the nominated shorts - documentary, live action, and animated (OK, I've actually only seen 3 1/2 of the animated shorts because of a scheduling SNAFU on my part). Look for a review and predictions post next week.


Reading
On Kindle - The Forgotten Girls by Alexa Steele, a murder mystery that I'm enjoying but I need to step it up because I've only been reading this one in small snippets.

On Audible - Crazy Rich Asians by Kevin Kwan. I'm not sure if I would like this if I were reading it traditionally, but I'm liking the audio version a lot.


Drinking
Smoothies and juices from Zest Juice Co., a local company that I just started visiting. Today's purchase (below) a Blue Almond smoothie and a bottle of Crave juice (carrot, grapefruit, pineapple, turmeric and ginger). Other favorites include the Pistachio Oatmeal Cookie smoothie and Habanero Heat juice. 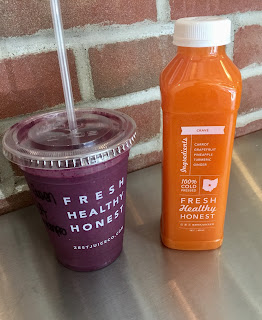 Obsessing
My latest KEEP purchases. I'm addicted to KEEP Collective's bracelets. My friend Tiffany is a consultant and decided last week to design a "nevertheless, she persisted" bracelet and she's donating some of her commission to the ACLU. Because I have a few items from KEEP, I've been mixing it up. If you're interested, let me know. 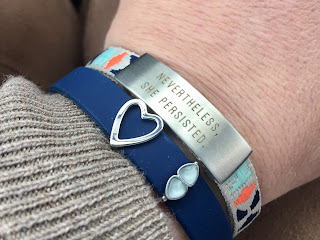 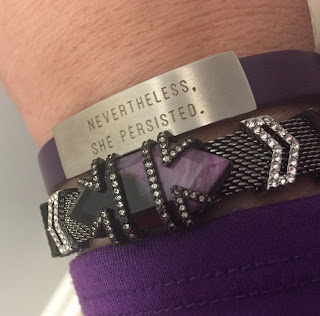 Hoping
For some good college news for our nephew James. For those who don't know, James has been living with us since July. He's a senior in high school and we're in the midst of college visits and FAFSA and the Common App and lions and tigers and bears, oh my! We were late to the party with college stuff but hopefully he'll still be able to get some scholarships and whatnot. And seriously, how can they resist this face? 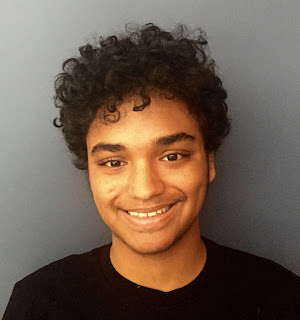 Listening
Other than audiobooks, I'm also constantly on the lookout for a new episode of the NPR Politics Podcast. I started listening during the campaign last year. Of course now they have to preface every episode with "we recorded this at 2:00 pm on Thursday. Things may have changed since then." And they usually have.